Conan O’Brien might be taking a brief break, but that doesn’t mean that his salty correspondent, Triumph the Insult Comic Dog, is staying off the air.

Triumph was enlisted by O’Brien’s fellow late night host, Stephen Colbert, to interview Texas Senate candidates Beto O’Rourke and Ted Cruz for The Late Show with Stephen Colbert ahead of Election Day. Longtime fans of Triumph will remember that the dog’s dream interview during the 2016 presidential campaign was Cruz. Triumph began at the O’Rourke gathering, where he discussed voter fraud with O’Rourke supporters before talking to Beto himself.

Triumph ribbed O’Rourke for his youthful following, asking “does it concern you that half your fans think they can vote via Instagram?” but while Beto was good-natured about the exchange, he focused his responses on responsible voting. Later, Triumph’s dream finally came true when he met Cruz at a Republican rally. While the two exchanged some humorous barbs, their final conversation resulted in some memorable bon mots.

“I just want to say to Triumph, my advice is walk away,” Cruz said. “Just remember, it wasn’t the Republicans, it was the Democrats who took you into the vet to get fixed.”

“I support spaying and neutering — just like Trump did to you!” Triumph said. 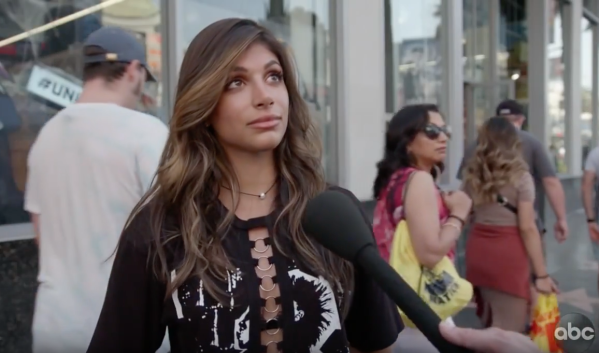 Plenty of People Totally Bought That Kid Rock Became a Senator Thanks to a Classic Jimmy Kimmel Prank
Next Up: Editor's Pick