Abortion rights and anti-abortion activists demonstrate on the steps of the United States Supreme Court on June 27, 2016 in Washington, D.C. In a 5-3 decision, the U.S. Supreme Court struck down one of the nation's toughest restrictions on abortion, a Texas law that women's groups said would have forced more than three-quarters of the state's clinics to close.
Pete Marovich—Getty Images
By Abigail Abrams

Two out of three states that were considering adding restrictions on abortion approved ballot measures on Tuesday.

In Alabama and West Virginia, voters approved measures that would set the stage for significantly restricting access to the procedure if Roe v. Wade is overturned by the Supreme Court. Another measure in Oregon failed.

The votes come as a new conservative majority on the nation’s highest court has made abortion rights supporters nervous. A Pew Research Center poll found that 61% of Democrats said abortion was “very important” to their vote this year, up from 38% in 2008.

Here’s a look at the three ballot measures.

The ballot measure also says the state “does not protect the right to abortion or require the funding of abortion.”

Abortion rights advocates worry this could make it more difficult for women to get access to abortion through the courts or that it could lead to criminalizing contraception or in-vitro fertilization. Some also fear the amendment would effectively outlaw abortion in Alabama if Roe v. Wade does get overturned.

Other states have passed similar amendments, but Alabama’s does not include exceptions for incest, rape or life of the mother.

In Oregon, Measure 106 would have prohibited public funds from paying for abortions, except in the cases of rape, incest or threats to the pregnant person’s health. Voters in the state rejected the measure on Tuesday.

The measure would have meant that public employees and people on Medicaid could not get coverage for abortion in the state. This was the fourth time Oregonians have voted against abortion restrictions in recent decades, according to Governing.com.

In West Virginia, the “No Constitutional Right to Abortion Amendment” or Amendment 1, would explicitly change the state’s Constitution to read “nothing in this Constitution secures or protects a right to abortion or requires the funding of abortion.”

The state legislature voted earlier this year to let West Virginia voters decide on the initiative, and on Tuesday, West Virginians approved it.

The amendment would effectively mean that people in West Virginia do not have a right to abortions with Medicaid funding. Medicaid in the state currently covers abortions considered medically necessary, but the amendment does not include such broad exceptions.

As with Alabama, reproductive rights advocates expressed concern that West Virginia’s amendment would pave the way for more restrictions on women being able to access safe abortions. 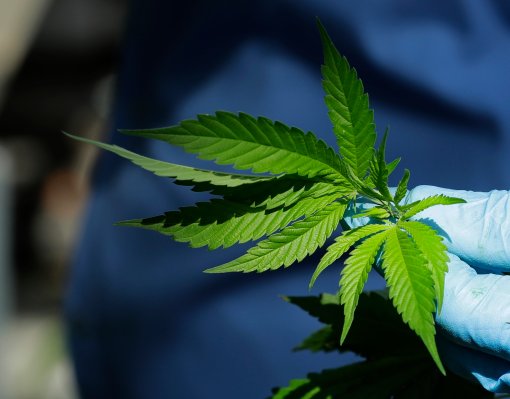 Marijuana Did Well on the Ballot Tuesday
Next Up: Editor's Pick