The rate of girls under the age of 14 who undergo female genital mutilation (FGM) in Africa has seen a “huge and significant decline” over nearly three decades, according to a new analysis.

The study, published Wednesday in the global health journal BMJ, drew on data from two prior surveys that covered nearly 210,000 children in 29 countries between 1990 and 2017, Agence France-Presse reports.

An estimated 200 million women and girls around the world are estimated to have suffered the traditional mutilation, which experts and rights advocates say has devastating consequences on women’s physical and psychological health, including complications during childbirth. Some countries have made efforts to ban FGM outright.

The BMJ study found the steepest decline in East Africa, where FGM rates fell from 71.4% in 1995 to just 8% in 2016. (FGM has historically been widely prevalent in East Africa: a 2016 UNICEF report found that 98% of women and girls in Somalia experienced genital cutting.)

But the study also found that in two Middle Eastern countries, Yemen and Iraq, the rate of girls undergoing FGM actually increased.

Researchers also expressed concerns that growing stigma around FGM may discourage families from reporting it in areas where it is still practiced.

While the study’s authors acknowledged that outlawing FGM may help contribute to its decline, they also advocated for “culturally sensitive” efforts to deter it in regions where the procedure still retains strong cultural and traditional associations. 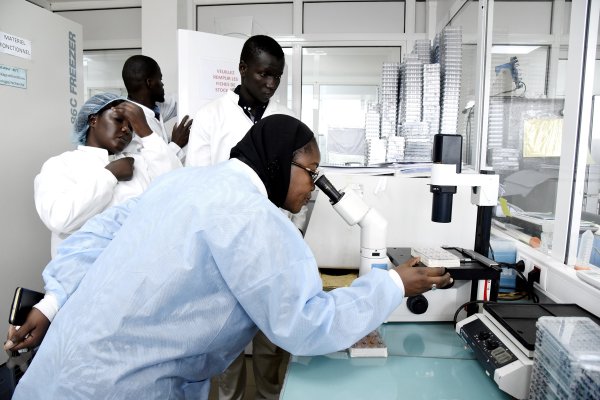 Ebola Fighters in Africa Are Ready to Fight Coronavirus
Next Up: Editor's Pick