A jury found a Houston woman charged with stabbing and killing her boyfriend with a 5 ½-inch stiletto heel guilty of murder on Tuesday.

Ana Trujillo, 45, faces up to life in prison for killing Alf Stefan Andersson at his home in June, the Associated Press reports. Andersson, 59, was a professor and researcher at the University of Houston at the time of his death.

Prosecutors said Trujillo hit her then-boyfriend 25 times in the face during an argument that occurred after a night of drinking. Trujillo’s attorney Jack Carroll argued that Trujillo was defending herself, but the prosecution pointed out she had a history of violence and had no injuries herself. James Wells, a former romantic partner of Trujillo’s, testified during the trial that the Mexican native had previously attacked and threatened him unprovoked. 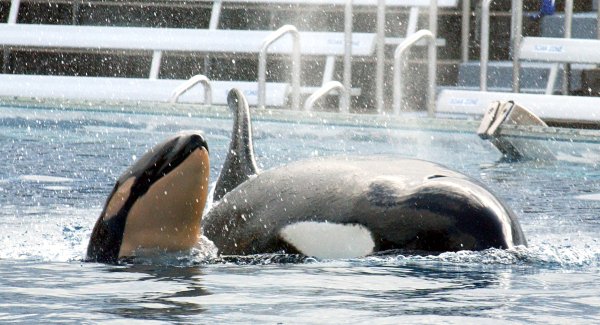 SeaWorld Will Keep Its Orcas ... for Now
Next Up: Editor's Pick