With the last of the midterm results still rolling in, the next Congress is certain to have a record number of women by a wide margin, easily surpassing the standing record of 84 women in the House of Representatives.

As of 2:45 a.m., 95 women have won seats in the 116th Congress, with 4 races yet to be called in which both candidates are female, meaning there will be at least 99 women reporting to work at the Capitol in January of next year.

The number will almost certainly end up being north of 100, as 14 races also remain undecided in which a woman is running against a man.

As for the Senate, the final tally will either meet or fall short of the current record-high 23 female members of Congress, depending on whether Rep. Jacky Rosen can unseat Nevada Sen. Dean Heller. Arizona also remains uncalled, but both candidates are women.

In split-gender races, women have won 65 races and lost 101, but this is not necessarily a strong indication of gender bias. Many of the 237 women on the ballot in this election were facing entrenched incumbents who typically enjoy a major advantage in fundraising and name recognition.

At that rate, we can expect the number of women in the House to go as high as about 110 when the 14 remaining face-offs are called.

Most recent Congressional elections have sent a record number of women to the House, but the gain has never been anywhere near the margin we can expect Wednesday morning. 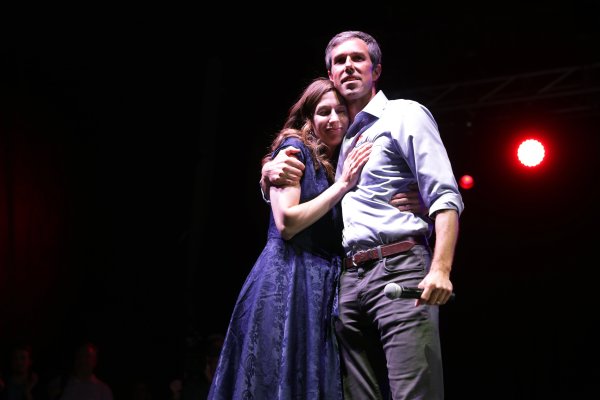 Beto Drops F-Bomb During Concession Speech
Next Up: Editor's Pick