As voters in the 50 states wait and see whether women will make history on Election Day, a Democrat in Guam has just made some history of her own.

“We are extremely grateful for the opportunity given to us to make a positive change for all our people,” Leon Guerrero said, according to the outlet.

Democrat Mike San Nicolas was elected Guam’s non-voting delegate in the U.S. Congress, while Leevin Camacho will be the island territory’s next Attorney General. Democrats will also hold onto a majority in the territory’s 15-person legislature. 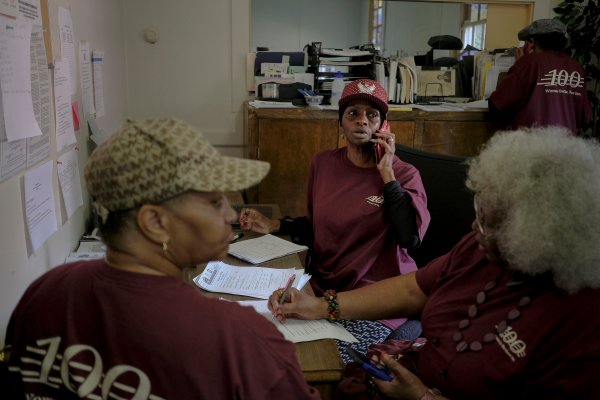 ‘A Lot at Stake.’ Inside the Grassroots Efforts to Mobilize Hundreds of Black Voters in Georgia
Next Up: Editor's Pick