Pennsylvania Man Threatened to Shoot Poll Workers After He Was Told He Wasn't Registered to Vote, Police Say

A Pennsylvania man was arrested after allegedly threatening to shoot poll workers on Election Day when he was told he was not registered to vote.

Melanie Ostrander, Washington County’s assistant elections director, tells TIME that Queen went into the polling site located in the South Franklin Township to cast his vote at around 8 a.m. Tuesday. When poll workers told him he was not registered he told them he was going to get a a gun to shoot up the election office.

The deadline to register to vote in Pennsylvania was Oct. 9.

Ostrander said poll workers contacted her office and they contacted Pennsylvania State Police to report the incident. A poll worker was able to write down Queen’s license plate number, which police used to track him down. Police said that Queen was arrested without incident.

Ostrander said poll workers were terrified after the encounter.

“The poll workers were visibly shaken by the incident,” she tells TIME. 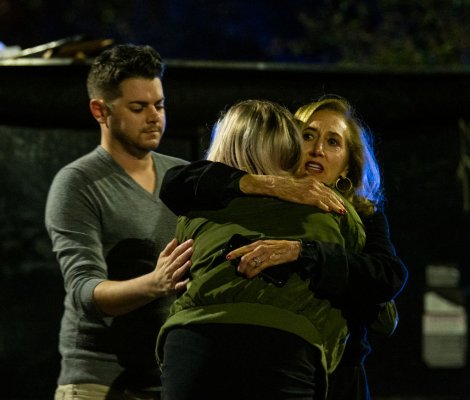 Yoga Studio Gunman Was Fired From Substitute-Teaching Job After Touching Student Inappropriately
Next Up: Editor's Pick