Together, they became the first Native American women ever elected to Congress — a historic achievement centuries in the making.

“Seventy years ago, Native Americans right here in New Mexico couldn’t vote,” Haaland told supporters at a rally Tuesday night. “Growing up in my mother’s pueblo household and as a 35th generation New Mexican, I never imagined a world where I would be represented by someone who looks like me. Tonight, New Mexico, you are sending one of the very first Native American women to Congress.”

Yoder, who has represented Kansas’ 3rd Congressional District since 2011, was re-elected in 2016 with 51.3% percent of the vote. But Davids was leading polls by as much as a 12-point margin in the run-up to Election Day. The historic victory for Davids, a lesbian, also makes her the first openly LGBT person to represent Kansas in Congress.

“It really is pretty amazing that it has taken this long,” says Jean Schroedel, a political science professor at Claremont Graduate University who studies Native American voting rights. “There certainly are a good number of states where the Native population is a substantial portion of the population.”

Native Americans have long faced significant barriers to voting. They were only granted the right to vote in New Mexico in 1962, making it the last state to enfranchise Native Americans, almost 40 years after they were granted U.S. citizenship. And in several states, including North Dakota and Utah, voting rights advocates have voiced concerns about rules that have disproportionately affected access for Native Americans this year.

Discussing the historic nature of her candidacy, Haaland has pointed to the Native American women who came before her, referencing those who previously ran for a seat in the U.S. House — Ada Deer in Wisconsin in 1992, Kalyn Free in Oklahoma in 2004, Denise Juneau in Montana in 2016.

“It is such a historic time for native women. Her winning tonight will break the glass ceiling for future generations, for future young native women and girls,” says Mellor Willie, co-founder of 7Gen Leaders, a Super PAC launched this year that aims to get Native Americans elected. The group supported the campaigns of both Davids and Haaland.

Willie says he’s hopeful they will advocate for issues that disproportionately affect Native Americans, including the high rate of violence and sexual assault against Native American women. “It’s great that we will finally have Native women who can articulate those stories and that passion directly to the House of Representatives,” he says.

But much of the excitement behind Haaland’s candidacy came from her progressive platform. Haaland campaigned on environmental issues, vowing to support regulations that combat climate change and fight to preserve public lands. She made affordable health care a central tenet of her platform. And she was one of the first Democratic candidates to call for the abolishment of Immigration and Customs and Enforcement (ICE).

“She will bring a very, very different voice than what’s been heard before within Congress. The two members of the House who are in there right now, they are very conservative,” says Schroedel, the Claremont Graduate University professor. “She is on the liberal end of the Democratic Party. That’s going to be a hugely different voice.”

Their victories come during an election year that has seen record numbers of women and Native Americans running for office, according to Mark Trahant, editor of the news site Indian Country Today who has tracked Native American candidates for years.

Schroedel sees the election as linked to a concerted get-out-the-vote effort and growing activism on reservations, mobilized by the 2016 protests at Standing Rock over the Dakota Access Pipeline and the broader women’s march protests across the country.

“This is different. This is cross-tribal,” she says. “There is a change, and I don’t think it can be changed back.” 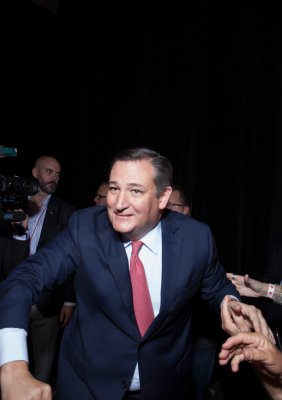