A Texas Grandmother Voted for the First Time at Age 82, but Died Before Election Day

A Texas grandmother in hospice spent one of her final days fulfilling a last wish – voting for the first time at age 82.

Just four days after casting her first-ever ballot, Gracie Lou Phillips died in her sleep in her Grand Prairie, Texas, home near her family. Although she hadn’t voted before, her granddaughter Leslie Moore, 33, tells TIME that she highly valued voting.

“She thinks that everybody has a voice and their political opinions should be heard,” says Moore.

Phillips had not voted in the past because of her responsibilities to her family, Moore says. Phillips married at the age of 15 and was the mother of seven children. Her husband, who died 11 years ago, was concerned that if the couple registered to vote, they could be called for jury duty. He feared the family could not afford to miss work, and that they would be unable to take care of their children, Moore says.

Although she had never voted, Moore says her grandmother always loved to watch the news and research candidates.

As Phillips’ health took a turn for the worse in the months leading up to her death, she got more excited about voting. She registered to vote while she was hospitalized a few weeks ago, and began receiving hospice care at home two weeks ago.

Even so, she was able to achieve her final wish last Thursday with some assistance. Moore says Phillips’ daughter Terri Griffith helped Phillips and all her medical equipment get into a car. Once Phillips reached the polling place, poll workers were there to help. They covered up the vehicle’s windows and brought Phillips her first-ever voting ballot.

Phillips wrote on Facebook last Thursday that she was excited to vote for the first time.

“This year is a very important year to vote, one vote can make a difference. 82 yrs and FIRST time to vote. Lost my husband 11yrs ago. So this Grannie is voting in the most important race there is!! MY PRESIDENT…STAY STRONG SIR, I AM FOR YOU!!!”

“She didn’t care one way or the other, as long as you voted,” Moore says.

Moore adds that her grandmother was a “great role model and a wonderful person.”

“If my grandmother, who was 82 years old, in hospice and on oxygen, could go out and vote, everyone else has no excuse not to.” 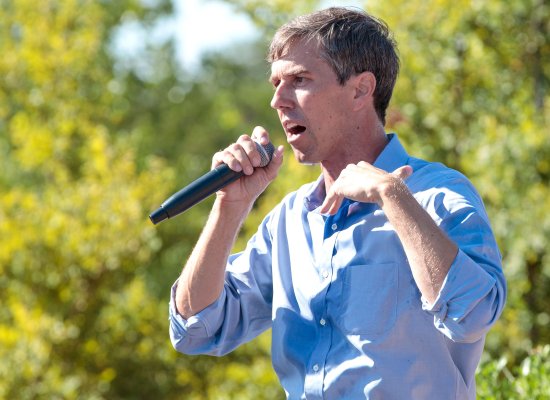 It's Election Day in America. Here Are 13 Races to Watch
Next Up: Editor's Pick