The offensive automated phone call uses derogatory language to refer to Winfrey and Stacey Abrams, the Democratic candidate for Georgia governor. Winfrey has campaigned for Abrams, the former minority leader for her state’s House of Representatives.

“I heard people were making racist robocalls in my name, against Stacy Abrams, who I am 100% for in Georgia,” Winfrey said in a video shared to her Instagram account. “I just want to say, Jesus don’t like ugly. And we know what to do about that: Vote.”

A voice heard in the offensive recording, which was aired on CNN, told listeners: “This is the magical negro, Oprah Winfrey, asking you to make my fellow negress, Stacey Abrams, governor of Georgia.”

According to the Hill, the calls surfaced last week and are believed to have originated from a video podcasting site that has been labeled as white supremacist and anti-semitic by the Anti-Defamation League.

The website, TheRoadToPower.com, was also behind a racist attack against Florida gubernatorial candidate Andrew Gillum, according to the Huffington Post. 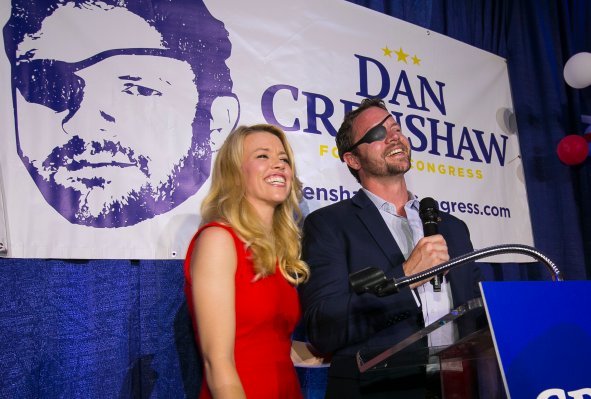 Candidate Responds to SNL Making Fun of His Eyepatch
Next Up: Editor's Pick