A man in Sydney Australia who contracted a rare parasite known as rat lungworm from eating a slug has died.

Sam Ballard consumed the garden creature in a dare in 2010, Australia’s News.com.au reports. But the seemingly harmless prank devolved into tragedy after he contracted encephalitis and was plunged into a coma for 420 days. He emerged from the ordeal with significant brain injuries, but continued to live for another eight years.

He died Friday, Australia’s The Sunday Project reported. He was “surrounded by 20 of those he most loved in the world,” The Sunday Project anchor Lisa Wilksion wrote on news website 10 Daily. There are varying reports of Ballard’s age, but he is believed to have been 19 years old when he consumed the slug.

Doctors diagnosed Sam with rat lungworm, an infection usually found in rodents that can also be transmitted to snails and slugs if they eat rat feces containing the parasite’s larvae.

Most people who contract rat lungworm do so from eating under-cooked or raw snails and recover without incident, according to the Centers from Disease Controls. But in some cases, the parasites can cause patients can develop eosinophilic meningitis, which affects the brain and nervous system.

According to Sam’s mother Katie, the infection had significant repercussions on Sam’s life, preventing him from feeding himself or living independently.

“It’s devastated, changed his life forever, changed my life forever,” she wrote on Facebook, according to News.com.au. “The impact is huge.”

Sam’s condition required around-the-clock care that was initially supported by a A$471,000 (US$339,600) disbursement from Australia’s National Disability Insurance Scheme. Their grant was slashed to just $135,000 (US$97,000) last year, but a campaign by family and friends fought successfully to reverse the decision, News.com.au reported. 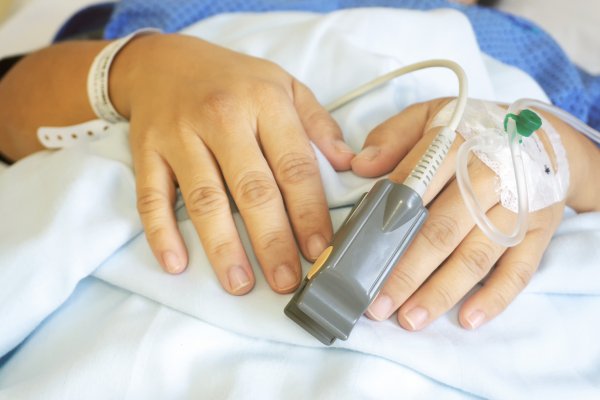 Australian Woman Charged After Faking Cancer to Raise Money
Next Up: Editor's Pick