Spanking Harms Children, According to the American Academy of Pediatrics

Parents should not spank their children, the American Academy of Pediatrics (AAP) said Monday, in an updated policy statement on the effects of corporal punishment.

Spanking as a form of discipline in young children leads to increased aggression and does not go very far in teaching responsibility and self-control, the AAP says, also noting the harmful effects of verbal abuse. The policy statement, which will be presented at the AAP’s 2018 National Conference & Exhibition, details that the use of corporal punishment can have a negative effect on the relationship between a parent and a child.

“Experiencing corporal punishment makes it more, not less, likely that children will be defiant and aggressive in the future,” the group writes in the statement. “Spanking alone is associated with adverse outcomes, and those outcomes are similar to those in children who experience physical abuse.”

According to the AAP, spanking does not lead to improved behavior over time. The group cites a study which found that children who were spanked more than twice a month at age 3 were more aggressive when they were 5. By the time they were 9, those children continued to exhibit negative behaviors and lower receptive vocabulary scores.

The AAP advises parents to rely on healthier forms of discipline, such as using positive reinforcement, setting limits and making future expectations clear. The group recommends against using spanking, threats, humiliation or insults to punish children.

“There’s no benefit to spanking,” said Dr. Robert Sege, one of the authors, said in the statement. “We know that children grow and develop better with positive role modeling and by setting healthy limits. We can do better.”

The statement is an update to the AAP’s previous stance on corporal punishment, issued in 1998, which read, “Corporal punishment is of limited effectiveness and has potentially deleterious side effects.” 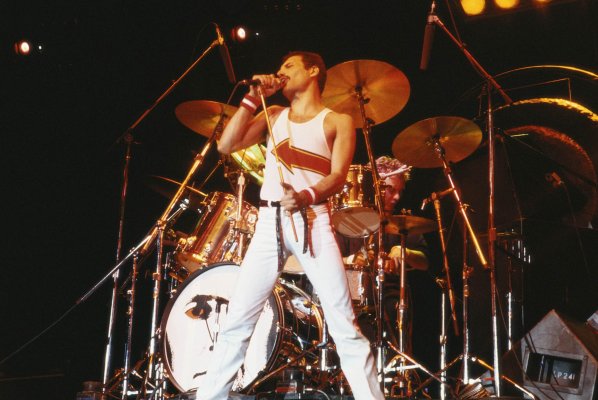 Freddie Mercury Didn't Want to Be a 'Poster Boy' for AIDS — But He and Other Celebrities Played a Key Role in Its History
Next Up: Editor's Pick