The television networks declared Blackburn the winner at 9:15 p.m. She will be the first woman in U.S. to represent her state in the Senate.

Blackburn’s victory came after Republicans saw a gain in Indiana, with Congressman Mike Braun defeating Democratic incumbent Mike Donnelly. While Blackburn’s victory does not represent a flip for the Republicans — she will replace outgoing Senator Bob Corker — keeping a reliably red state in their hands is nevertheless a feather in the GOP’s cap, and a crucial step to keeping their majority.

“Marsha Blackburn demonstrated the type of conservative leadership Tennessee voters want in Washington,” National Republican Senatorial Committee Chairman Cory Gardner said in a statement Tuesday evening. “We want to congratulate Senator-elect Blackburn on a hard-fought victory and look forward to her working in the U.S. Senate to confirm conservative judges, push pro-growth reforms and advocate for policies that improve the lives of all Tennesseans.”

The race between Blackburn, a longtime conservative firebrand, and Bredesen, the well-liked former governor who had been out of office nearly a decade, became one of the most high profile, contentious and expensive races in the country. Outside groups on both sides of the aisle spent millions boosting their respective candidates. The Senate Leadership Fund, the super PAC aligned with Senate Majority Leader Mitch McConnell, spent over $12 million in the state since Labor Day. On the Democratic side, two Super PACs affiliated with Senate Minority Leader Chuck Schumer, Senate Majority Pac and Majority Forward, collectively spent a minimum of $15 million.

While President Donald Trump emphasized several times that the midterm elections were a referendum on his presidency, this particular race was less about him and more about the candidates each party fielded. Indeed, Blackburn hitched herself to the President, who visited the state to campaign on her behalf three times since May, including Chattanooga in his final swing on Sunday night. Tennessee voted for Trump by 26 points in 2016, and he remains popular there; a CNN poll released Nov. 1 found his approval rating at 53 percent there, almost 15 points higher than the national average. But those advantages didn’t extend to Blackburn, who had a 48 percent approval rating, according to that poll – 5 points lower than Bredesen.

John Geer, Dean of the College of Arts and Science at Vanderbilt University and political science professor, said in the lead-up to election night that moderate Republicans who were drawn to figures like outgoing Gov. Bill Haslam and Sen. Bob Corker, were always uneasy with Blackburn’s conservative firebrand of politics. Bredesen’s moderate stances, he predicted, would give these voters an easy excuse not to vote for her.

“He’s been a moderate conservative Democrat his single life,” said Geer of Bredesen. “He’s gonna eat into some Republican support more than you might expect because of those credentials.”

Bredesen had seized on his opponent’s weaknesses with his party by running a politically savvy race, ensuring that he distanced himself from the more polarizing figures and stances of his party. Former President Barack Obama never came to Tennessee to campaign for him. Despite the hefty investments of Democratic Super PACs aligned with Schumer, Bredesen said he wouldn’t support for the New York Senator for minority leader. He was the only Democrat running for Senate to announce his support for Supreme Court Justice Brett Kavanaugh during his contentious confirmation process. And he refused to tie himself in Democratic leadership in Washington, claiming that he wouldn’t support Senator Chuck Schumer for minority leader.

“My world view comes from me, not from the canons of the Democratic party,” he told reporters Sunday after addressing an interfaith luncheon in Chattanooga. “It also overlaps a little with some Republicans, I guess. So I choose [the Democrats] as my party to be a party to help, support and run as, but I want to run on my own ideas, not just attach myself on to what national Democrats think because I don’t always agree with them.”

While his ability to legislate across — not only with Republicans in the Senate, but with President Trump, who remains popular in the state — was the crux of his pitch to voters, it wasn’t enough. Even an endorsement from Taylor Swift couldn’t push him over the top. Polls in Tennessee closed at 8 p.m.; within 90 minutes, the race had been projected.

“If you like whats going in Washington, and you like this sort of lines in the sand, take no prisoners, I’m not the guy. There’s somebody else here that you should vote for and she’s very good at that stuff,” Bredesen said Sunday, when asked about his final message to voters on the fence. “If you’re ready to try and move some things, to solve some problems, then I would be very pleased to represent the people of Tennessee one more time.”

On Tuesday, he got his answer. 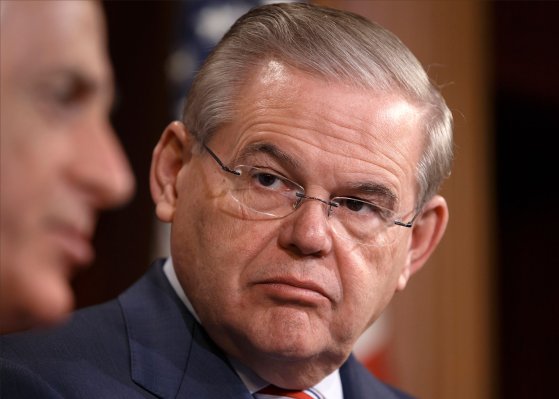 How President Trump Helped a Democrat Win in New Jersey
Next Up: Editor's Pick