Kenan Thompson has addressed the controversial joke that Pete Davidson made about GOP congressional candidate Dan Crenshaw on the most recent episode of Saturday Night Live.

During a Monday morning appearance on the Today show, Thompson said that while he didn’t think Davidson’s intent was malicious, his comments about Crenshaw, a former Navy SEAL who lost an eye while serving in Afghanistan, were off-base.

“I personally would never necessarily go there, but it’s tough when you’re fishing for jokes,” Thompson said of Davidson’s remarks.

However, he went on to add that he doesn’t think his SNL castmate meant to offend anyone.

“He definitely missed the mark,” Thompson said. “I think he was more so commenting on the fact that the joke maybe didn’t land as hard as he wanted to as opposed to being like I don’t care about veterans. I think Pete’s a very humble dude and he’s got a big heart. I don’t think he goes out to offend people. But stand-ups are the ones that help us laugh through the most awful things in the first place so they’re always fishing in weird places. That was an unfortunate outcome.”

Crenshaw recorded a video response to Davidson’s comments on Sunday. “I want us to get away from this culture where we demand apologies for every time a person misspeaks,” he prefaced it. “I think that would be very healthy for our nation, to go in that direction.”

“But I would like him and Saturday Night Live to recognize something,” Crenshaw continued. “Which is that veterans across the country probably don’t feel as though their wounds they received in battle should be the subject of a bad punchline for a bad joke. And here’s the real atrocity in all this: it wasn’t even funny.” 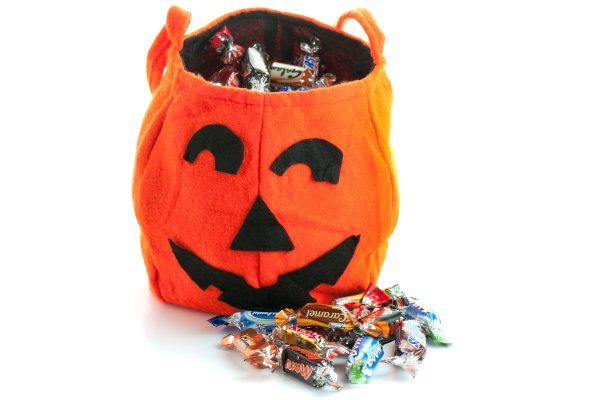 Enemy of Children Jimmy Kimmel Got Parents to Tell Their Kids They Ate All Their Halloween Candy Again
Next Up: Editor's Pick