Hundreds of protesters congregated in the Ukrainian capital Sunday following the death of a prominent anti-corruption activist who was targeted in an acid attack this summer.

Kateryna Handziuk died Sunday in a hospital where she was receiving treatment following an acid attack on July 31, the Associated Press reports.

Ukrainian President Petro Poroshenko called on the country’s authorities to “do everything possible to find the murderers, to punish them, and put them on the defendants’ bench,” Voice of America reports.

Handziuk, 33, was a prominent activist and aide to the mayor of the southern Ukrainian port city of Kherson. She suffered severe burns to nearly 40% of her body and lost sight in one of her eyes after being doused with sulfuric acid, according to Radio Free Europe/Radio Liberty.

From her hospital bed, Handziuk had vowed to find her attackers. “Yes, I know that I look bad now,” she wryly told supporters in September, according to RFE/RFL. “But I’m sure that I look much better than law and justice in Ukraine.”

Police have detained five suspects, but the investigation has not identified a ringleader. In August, Ukrainian Prosecutor General Yuriy Lutsenko alleged that separatist organizations were behind the incident, according to AP.

Handziuk’s death is the latest blow to political activists and human rights defenders in Ukraine, who have been targeted in a string of recent attacks. In September, activist Oleg Mykhailyk was shot near his home in Odessa, local newspaper The Kyiv Post reported. Mykhailyk was the leader of the “Syla Lyudey” (Power of the People) civil society group and an outspoken critic of Odessa mayor Gennadiy Trukhanov, according to the Post.

Demonstrations calling for investigations into the attacks have become known as the “Silence Kills” campaign.

In a statement posted by the U.S. Embassy in Kiev’s Twitter account Sunday, Ambassador Marie Yovanovitch expressed her “condolences and deepest sympathy to the family and friends of Kateryna Handziuk” and reiterated calls for “the Ukrainian authorities to bring the perpetrators to justice.” 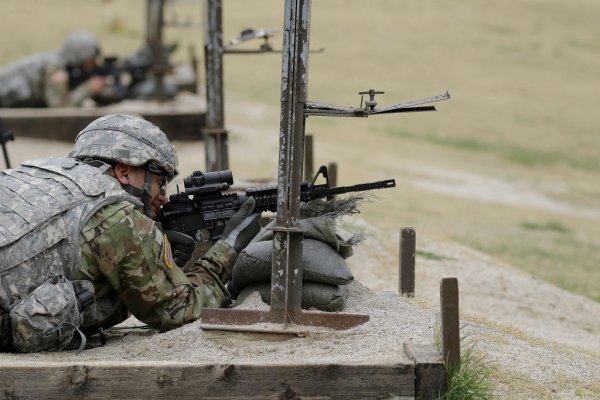