Quarterback Ben Roethlisberger #7 of the Pittsburgh Steelers wears cleats in response to last months mass shooting in Pittsburgh prior to the game against the Baltimore Ravens at M&T Bank Stadium on November 4, 2018 in Baltimore, Maryland.
Will Newton—Getty Images
By Alejandro de la Garza

The cleats featured a Star of David inside the Steelers logo and were decorated with the words, “Stronger than hate.” Roethlisberger wore the cleats during pregame warmups, then switched to standard cleats during the game against the Baltimore Ravens to avoid an NFL uniform violation.

On Tuesday, Steelers players and staff also attended the funeral of brothers Cecil and David Rosenthal, who were among the 11 victims of the shooting on Oct 27. Michele Rosenthal, the sister of Cecil and David, is the former community relations manager for the Steelers.

Robert Bowers, the suspected gunman, has pleaded not guilty to 44 federal charges that include murder, hate crimes, obstructing the practice of religion and other crimes.

The “Stronger than hate” image has been widely shared on social media.

“It was tough, it was crazy tough, especially with Michele and the closeness we have with her,” Roethlisberger said last Sunday, according to ESPN. “We’re thankful for the victory, but we all understand, there are bigger things, there’s life.” 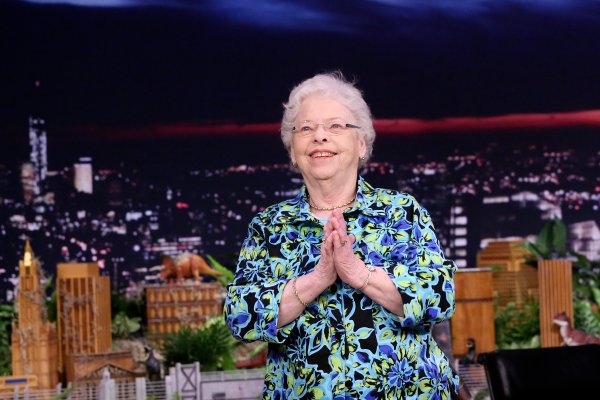 Mr. Rogers' Widow Spoke of 'Love' in First Shabat Services After Shooting
Next Up: Editor's Pick