A Mysterious Company Claims to Sell Sneeze-Filled Tissues for $80. Is It Real?

Vaev Tissue was revealed to be a hoax created for a Comedy Central show. The creator, “Oliver Niessen,” is really Mekki Leeper, a Los Angeles-based comedian.

The package appeared one day, unbidden, on the desk of a TIME writer. Inside was a slick white box that housed a petri dish sealed with gold tape. In the dish was a crumpled tissue—and inside the tissue were, allegedly, the germs of a sick person who had sneezed into it.

Vaev Tissue, the only product of a new startup based in Los Angeles, costs $79.99, according to the company’s website. Its sole purpose is to give the user a cold virus. “We believe using a tissue that carries a human sneeze is safer than needles or pills,” read the note that came with the product, written by the founder of the company. Wipe your nose with the sullied tissue, and you’ll “get sick on your own terms.”

But a few questions lingered, like a runny nose that won’t go away. Why would anyone pay to make themselves sick? And was this product—and this company—actually real?

In a series of phone calls, I talked to Oliver Niessen, the 34-year-old founder of the company. “The simple idea is you choose now to get sick, with the idea in mind that you won’t get sick with that same cold … later,” says Niessen. You’d wipe your nose with a Vaev tissue a few days before leaving on vacation, for instance, and get your cold out of the way before your trip, Niessen says. “That kind of freedom, that kind of luxury to choose—I mean, we customize everything in our lives and we have everything the way that we want it, so why not approach sickness that way as well?”

The problem is, that’s not how viruses work, says Charles Gerba, professor of microbiology and environmental sciences at the University of Arizona who studies how diseases spread. “There’s a lot of things wrong with that,” he says. “There are more than 200 types of rhinoviruses, so you’re going to have to shove about 200 tissues up your nose each time to get a different one.” Exposing yourself to one cold might offer you some future protection against that strain. “But getting inoculated from one doesn’t protect you against all the others.” That’s why we’ve never had a vaccine for the common cold, he says. “How do you make a vaccine against 200 different viruses?”

Chances are good that wiping your nose with a dirty tissue will give you whatever virus is on it, as long as the tissue is refrigerated or treated with a preservative to keep the virus alive, Gerba says. But the recipient has no way of knowing the specific contents of the tissue, whether it’s a rhinovirus or even the flu. Niessen declines to discuss screening procedures. Vaev, Niessen says, has a “stable” of 10 go-to sneezers, some of which the company recruited online. He says that the company confirms a person is truly sick and doesn’t just have allergies. “A sick person sneezes into a batch of our tissues, and then we put them in our packaging, and that’s how they work,” he says. “We just send it through the mail.”

Selling sneezed-on tissues is an “incredible liability,” Gerba says, because you can’t predict how a person will react to any virus. “Say you have an elderly person, you give it to them—they could die from it,” he says. Other people who are at higher risk of suffering serious complications—and even dying—from a rhinovirus infection include children, people with compromised immune systems and anyone with an underlying respiratory problem that they might not know about, Gerba says. The instructions included with Vaev only note that it is intended for adults and children 6 years and older.

“There is nothing positive that can come from this, only things that are adverse,” says Dr. William Schaffner, professor of medicine in the division of infectious diseases at Vanderbilt University. Federal health agencies agree that the best way to avoid getting a cold is to wash your hands often, avoid touching your eyes, nose and mouth and stay away from people who are sick (and their tissues, presumably).

Still, people are buying it, Niessen says. Last fall, a crew of cheerful young women—called the “Vaev Squad”—peddled the dirty tissues on Venice Beach, according to Vaev’s Instagram. They’re popular at music festivals, Niessen adds. The typical Vaev customers are young parents and people in their 20s, Niessen says, and “critical” of vaccines. “Our customers are people who want to educate themselves on what do vaccines really mean for me and my family, and are there alternatives?” Vaev have so far sold close to 1,000 tissues, Niessen says. A search of social platforms did turn up at least one person who says she tried the product. Vaev’s Instagram account features a story from Jillian Forster, a fitness instructor in Los Angeles. In the post, Forster wipes her nose with Vaev. A caption reads “Boosting my immune system with @vaevtissue !!!” Forster says the company contacted her on Instagram and asked if she would try it for free, she says. “Nothing really happened,” she says. Before she would recommend it, “I think I would want to know more about it and maybe talk to somebody from the company, because I didn’t really know a ton about it. I felt there was a limited amount of information on it when I looked at their website.”

The company’s contrary public health stance isn’t the only part of Vaev that raises questions. The founder, Oliver Niessen, seems to have no presence on the Internet. He’s intentionally absent from all social media and untraceable via a nationwide public records search—unusual for anyone, let alone the founder of a startup on a media blitz. “It’s been very hard for me to ensure that there is no footprint for me available online,” he says. He wouldn’t explain why he wanted it that way. “I can’t comment further on my identity.” (He did reluctantly confirm that Oliver Niessen is his real name.) The only detail of his work history he would share is that he was a video editor at a pharmaceutical marketing firm in Philadelphia, which he did not name. The phone number he gave me as the best number to reach him even names someone else in the voicemail: a guy named Mikey. Niessen says that’s because several members of the company share a phone line.

Niessen also declines to give details about the tissue company, even the most basic ones. When I asked what the incorporated name of his company was, he replied, “I don’t want to say.” He also wouldn’t say in which state the company was incorporated—a search of the California secretary of state’s business search website revealed that Vaev Tissue is not incorporated in that state—or even if it was a U.S. company at all. According to its website, whose domain is registered to an untraceable entity, Vaev started in Copenhagen; its Twitter account also notes Copenhagen as its location. (The word vaev means tissue in Danish). Niessen says the company has eight employees, but wouldn’t name them or offer his employees, his lawyer or anyone else associated with the company for an interview.

The only other person who appears to be publicly affiliated with the company is Grant Eastey, a 28-year-old actor and model in Los Angeles. He says he first learned of the company when he saw the Vaev Squad at Venice Beach. “It was similar to the Red Bull girls,” he says. He later auditioned and was cast for a Vaev photo shoot. Eastey appears on the website in a tiny, sweaty tank top, sporting oversized boxing gloves and a tissue stuffed in one nostril.

He shared the photo with his Instagram followers, and a journalist who had received a sample posted a comment. “Is this a joke product?” she asked.

“It works! Try it!” Eastey replied.

When she said that there was hardly any information on their website, he replied again. “10/28! Stay tuned! Let me know if your news stations wants to set up an interview.”

Eastey says now that he has no idea if the tissue works. “I did try the product while I was there…they said here, put this up your nose, we’re going to get a couple shots,” he says. “I didn’t necessarily feel any different.”

He says he was just excited to see a news journalist interact with him on Instagram, so he picked a date to build some hype. “Sometimes I just talk a bunch of shit online, say stuff to random people,” he says. “When you’re trying to make it and come up in the acting and modeling world and pursuing your dream, you take every shot that you can get.”

You couldn’t buy a Vaev tissue today, even if you wanted to. The website has listed it as “sold out” for months. “We have had some supply-chain issues,” Niessen says. He won’t go into them. “I don’t want to say anything that looks bad for the business, because truly nothing bad or detrimental to the eventual return of the product to the website and to the marketplace is happening.”

Still, he hints that the holdup is with the stable of 10 sneezers. “We kind of just check in with them about whether or not they’re sick, and it is beneficial for them to be sick, of course,” he says. “It’s just enough people that at least one of them is always sick.” That’s not a sure bet, though, and sometimes, people just aren’t sick. “That can, like, halt production,” he says. “Say we’re ready with our tissues and we don’t have somebody who we feel is sick enough or sick at all…retaining more people than that is kind of a tall order for a startup.” Niessen will not say whether or not he pays the sneezers. “I would rather not address my relationship with those people,” he says.

Niessen says he finds the suggestion that his company may be a hoax “very annoying.”

If Vaev is what it claims to be, sending viruses through the mail raises legal questions. According to the United States Postal Inspection Service, the law enforcement arm of the United States Postal Service, mailing infectious substances is allowed “only when they are intended for medical or veterinary use, research, or laboratory certification related to public health, and when properly prepared for mailing to withstand shocks, pressure changes, and other conditions incident to ordinary handling in transit.”

“These tissues do not appear to be intended for any of the listed purposes,” the U.S. Postal Inspection Service said in a statement to TIME. (Niessen says that according to his lawyer, “the packages we mail out are not in violation of the law.”)

When (and if) the used tissue becomes available for sale, Niessen believes people will shell out for it. “I think that products are worth what people are willing to pay for them,” he says. “It’s a premium product, and it’s not something you can get from anyone anywhere else.”

Niessen acknowledges that you could, theoretically, just swipe a used tissue from a sick friend for free. But it won’t be nicely packaged, and that seems to be crucial to get people to use the product. “We did focus-group testing where we kind of just took two people in front of the group and had them pass a tissue to each other,” Niessen says. “It’s something that our testers responded really negatively to.”

Niessen says he expects to restock in a few weeks, as soon as he can get a fresh batch of sneezes on a new set of tissues. 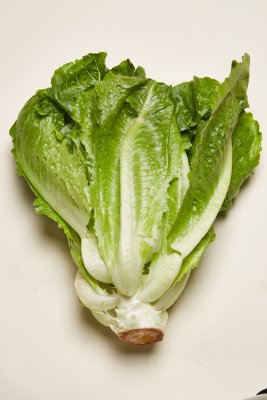 You’re Not Imagining It: Food Recalls Are Getting More Common. Here’s Why
Next Up: Editor's Pick