Jamie Foxx Discusses the Importance of Voting and Healing the Nation in 'Be Woke.Vote' With Van Jones

Comedian Jamie Foxx recently sat down with CNN commentator Van Jones for his “Be Woke.Vote” series to discuss the importance of voting and leading by example.

In the interview, Foxx discussed what it feels like being black in America during Donald Trump’s presidency and told Jones he feels disheartened that his children can’t look up to the President.

“The only thing that disheartens me is when it comes to my kids,” Foxx said. “When I see grown people talking that way in that position, it hurts the kids because being President, yeah it’s great, it makes you feel good, but the one thing you could count on was the moral compass. I could always look to the President to know he is going to say and do the right things.”

Foxx said he feels the President rips the nation apart instead of healing.

“Say the economy is doing a little better, but you rip us apart so we can’t even have a conversation right now, that’s the disheartening part,” he said. “That’s where I think, not only do we vote, but we put pressure on the people who are supposed to be doing it. What can you do to actually heal it a little bit?”

Foxx added that he wished the Democrats would come together.

“Democrats are like R&B singers, they gotta sing lead,” he said. “You never saw Obama with Clinton, they never came together if you think about it. You had all of these opportunities to come together. I remember when Obama won, I thought it would be great if Obama, Bill Clinton and all of the Democrats did a nice cover for TIME magazine. No. Republicans, they sing in a choir, they don’t necessarily sing in tune but they sing loud and they all know the words.” 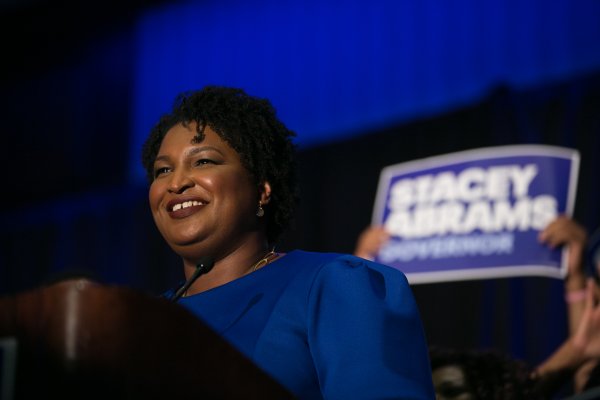