The President Used a Game of Thrones Meme. The Cast Wasn't Having It

President Donald Trump invoked Game of Thrones on Twitter Friday to promote his Administration’s announcement on reimposing sanctions on Iran.

Appearing to take inspiration from the HBO series’ golden letters, ominous grey sky and signature tagline (“Winter is coming”), Trump took to Twitter to say “Sanctions Are Coming,” referencing an earlier announcement by the Trump Administration that it would reimpose all U.S. sanctions on Iran that had been lifted through the 2015 nuclear deal from when Barack Obama was President.

HBO responded quickly in statement released to Entertainment Weekly, saying, “We were not aware of this messaging and would prefer our trademark not be misappropriated for political purposes.”

Maisie Williams, who plays Arya Stark on the show, was also quick to comment, tweeting “Not today.” Sophie Turner, who plays Sansa Stark on Game of Thrones, commented with a simple “Ew.”

Creators and several cast members from the show have made their feelings about the President known in the past.

“I think Joffrey is now the king in America,” George R.R. Martin, who created the books on which the show is based, told Entertainment Weekly in 2017. “And he’s grown up just as petulant and irrational as he was when he was 13 in the books.”

Kit Harrington, who plays Jon Snow, once called the President a “con artist.”

The President’s tweet follows his speech at the United Nations in September, when he called on world leaders to cut purchases of Iran’s oil. Friday’s news also marks the second round of sanctions the U.S. has reimposed since Trump announced in May that the U.S. would withdraw from the Iran nuclear deal, which had been a frequent target of critique from Trump before and during his presidency. The sanctions will affect finance, shipping and energy sectors in Iran, as well as, with limited exceptions, third-party countries that import Iranian oil or do business with Iranian financial institutions.

For Trump’s detractors, the critical reactions were swift. 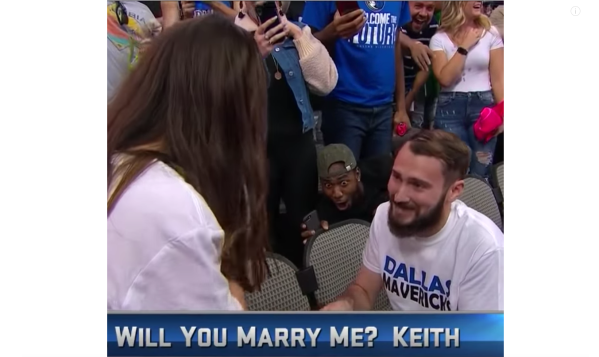 Random Man Whose Proposal Reaction Became a Meme Gets a Wedding Invite
Next Up: Editor's Pick