Why Do Midterm Elections Even Exist? Here's Why the Framers Scheduled Things This Way

Midterm elections in the United States, like the one this Tuesday, Nov. 6, have historically been known for lower voter turnout than presidential elections.

So why have them at all? Why not just hold Congressional elections on a four-year cycle, like Presidential elections, and benefit from the boost in attention that comes with the White House being up for grabs?

The reason goes deep. The cornerstone of the U.S. Constitution is the system of checks and balances, a system that spreads power around in order make sure that any one deliberative body doesn’t get despotic. The makeup of Congress, with its term limits, is designed to balance experience and fresh new ideas. Short terms are designed to make a representative more likely to keep up with his or her constituents’ latest policy preferences, whereas long terms can free a person to make decisions without thinking of re-election coming around the corner.

The most democratic deliberative body is supposed to be the U.S. House of Representatives. Members serve for two-year terms, per Article 1, section 2, clause 1 of the U.S. Constitution.

The simplest explanation for how the Constitutional Convention decided that was an appropriate time limit is that they viewed it as a compromise between the annual elections used by early state legislatures and the roughly three-year terms that had existed in Britain. Plus, setting pre-established times for elections made sure that, “Unlike in parliamentary systems, American political parties could not call advantageous elections,” according to the Office of the Historian at the House of Representatives. “Elections would be held according to a given length of time rather than when political leaders thought they would be most likely to win.” In addition, some argued that the complexities of running a national government meant that members would need more than a year to get used to the rules and procedures, not to mention that in those days, it also just took longer to physically travel to the national seat of power than the local seat of power.

Meanwhile, the Senate was designed to be more distant from the ever-changing and uninformed passions of the general public, which is basically the entire reason why U.S. Senators serve for six-year terms, per Article I, section 3, clause 1. They’re divided into three classes so that every two years, one-third of the Senators must be up for re-elections, per clause 2. The rationale, as one writer from the era, Joseph Storey, put it, was to “prohibit any permanent combination for sinister purposes.” State legislatures chose Senators until the 17th Amendment established direct election of Senators by the people.

“You have not a [pure] democracy, but a republic accountable to people — but not immediate responsive to the people,” explains Sidney Milkis of the University of Virginia’s Miller Center of Public Affairs, who spoke to TIME as part of a presidential-history partnership between TIME History and the Miller Center. “That’s why you have a third [of the Senate] turning over, so it doesn’t get too far removed from currents of public opinion.”

Discussion of appropriate term limits hasn’t been confined to the Early Republic period.

President Lyndon B. Johnson, in his 1966 State of the Union address, called for term limits for members of the House of Representative to be extended from two years to four years because he thought members spent too much time campaigning. His exact words: “I will ask you to make it possible for Members of the House of Representatives to work more effectively in the service of the Nation through a constitutional amendment extending the term of a Congressman to four years, concurrent with that of the President.”

“He felt it would provide for more effective governing because he thought that people who came in at the same time would be more likely to work together,” says Milkis. But the idea didn’t catch on, as members were preoccupied with the Vietnam War and the civil rights movement, among other more pressing legislative priorities.

Nowadays, midterm elections hinge not only on what people think about whoever is running for Congress, but also about whoever is President of the United States — which, in some cases, is the even more important factor. That’s “the biggest change from the original design,” says Milkis, who points out that Alexander Hamilton in particular was concerned about keeping the President above this particular fray.

“They didn’t think campaigns would be constant,” he says. “The way they’ve become so nationalized, [seen as] referenda [on the presidents], that would concern the Framers.” 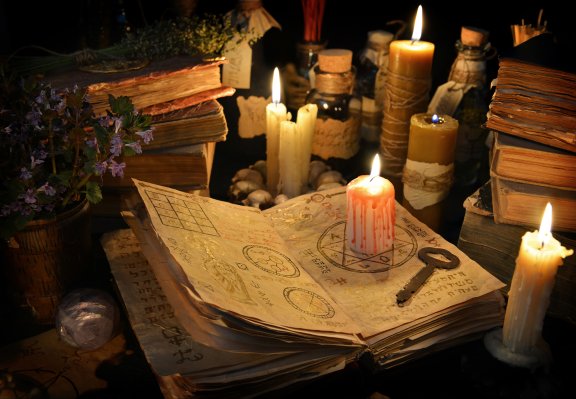 Here's Why This Witch Is Preparing for Midterm Elections by Hosting a Hex on Brett Kavanaugh
Next Up: Editor's Pick