A bus plunged off a bridge in China, killing at least 13 people on board after a passenger appeared to attack the driver, video released to Chinese media shows.

A search and rescue operation was launched on the Yangtze river near Chongqing in southwest China on Oct. 28. The bus drove off the bridge, which is 160 feet above the river. There were no reports of survivors. There were 15 people on the bus, authorities said. The bodies of 13 people were recovered; two remain missing.

Video of the incident released Friday appears to show a passenger striking the driver in the face, prompting him to hit back before veering into oncoming traffic and barreling through barriers on the side of the bridge. The footage cuts out at that point, but screams of passengers can be heard.

Police said the passenger was angry the driver had missed her stop.

“The investigation showed that a 48-year-old female passenger, surnamed Liu, planned to get off at a certain stop, but the bus had to make a detour and would not arrive there due to road maintenance,” reported China’s state-run Xinhua news agency.

“The 42-year-old driver, surnamed Ran, told passengers to get off at an earlier stop. However, Liu did not get off and later asked the driver to stop the bus when she realized she missed her destination. The driver refused as there was no bus stop in view, and an argument broke out, soon becoming a fistfight. The driver’s right hand came off the steering wheel during the altercation, which led to the steering wheel turning sharply to the left.”

The bus was retrieved from the river on Wednesday, and investigators were able to obtain the footage from the vehicle’s surveillance system. 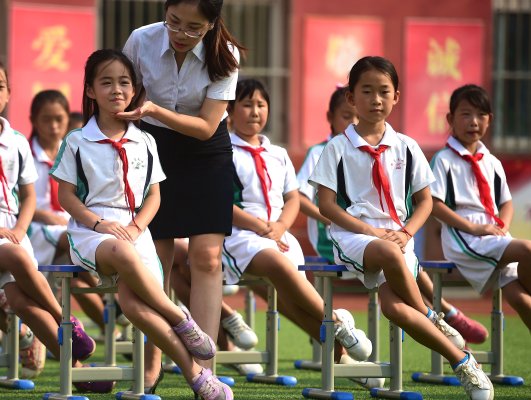