Almost Half a Billion People in the Asia-Pacific Are Undernourished, the U.N. Says

Nearly half a billion people in Asia are hungry and lack access to adequate nourishing food, including in the region’s largest cities, according to a new report from the U.N.’s food security agency.

While Asia has experienced rapid economic development, little headway has been made tackling hunger and an estimated 486 million people remain undernourished, according to a report launched Friday by U.N.’s Food and Agriculture Organization (FAO). “Progress has stagnated,” says the report, which was written in conjunction with three other U.N. agencies.

According to FAO estimates, the number of undernourished people remained static in East and Southeast Asia following significant reductions from 2005-2015, and actually increased by 200,000 people in Oceania. The most vulnerable in the region also got hungrier: Almost 20 million more people experienced “severe food insecurity” in 2017 compared to 2016, mostly in South and Southeast Asia.

The picture doesn’t get better in cities, where sufficiently nutritious food may not be plentiful or affordable. The report cites a survey in Thailand’s capital Bangkok that found more than one-third of children were not receiving a “minimally acceptable diet.” In Pakistan, the figure was 96%.

Despite significant strides toward reducing poverty, “an unacceptably large number of children” still face malnourishment across the region, according to FAO.

“This is a colossal human loss given the association between undernutrition and poor cognitive development, with severe lifelong consequences for the future of these children,” the report warns.

The report found that 79 million children under five across in the region were stunted, or prevented from reaching their full height. While the stunting rate was lower in East Asia, it exceeded 30% of all children in South Asia and Oceania and approached 50% in Papua New Guinea and Timor-Leste.

Yet at the same time, many children in Asia’s urban areas are at an increasing risk of obesity, with diets relying on “cheap and convenient unhealthy processed foods” that are rich in fats, sugar and salt but low in nutrients.

Poor hygiene also contributes to malnutrition, with an estimated 1.4 billion people still lacking access to basic sanitation. Diseases like diarrhea also diminish health and nutrition, especially among children, where it increases risks of stunting. But access to sanitation, while improving across the region, varied by as much as 60% based on wealth in countries like Cambodia, Pakistan and Laos.

The region also accounts for some 70% of the people in the world who practice open defecation, including 522 million people in India and 32 million in Indonesia. In addition to spreading disease, open defecation renders women and girls vulnerable to gender-based violence. 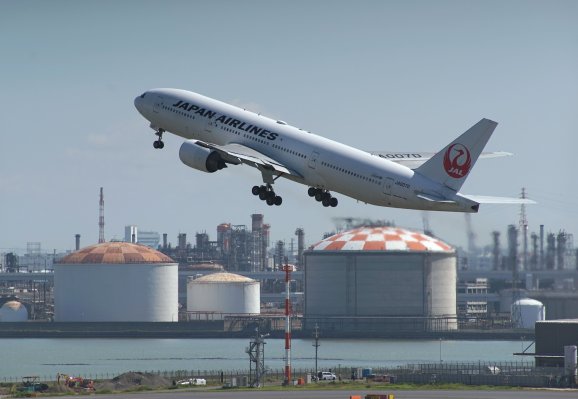 Japanese Pilot Arrested for Being Drunk Before Takeoff
Next Up: Editor's Pick