When Game of Thrones‘ season 6 episode “Battle of the Bastards” debuted in 2016, it earned a perfect 10/10 rating on IMDb. And while its score has since been downgraded to a 9.9, it is still hailed by some as the greatest TV episode of all time.

However, it sounds like that may change once Game of Thrones season 8 airs in 2019. A cover story published Thursday by Entertainment Weekly reveals that a final season clash between the living and the dead will supposedly leave the Battle of the Bastards in the dust.

“The drama builds to a confrontation with the Army of the Dead that’s expected to be the most sustained action sequence ever made for television or film,” EW reports of an episode directed by “Battle of the Bastards” veteran Miguel Sapochnik.

Not only did the outdoor scenes, filmed at the Winterfell set, take 55 nights to shoot—twice as long as the 25-day shoot for “Battle of Bastards”—but Sapochnik continued shooting battle sequences in the Game of Thrones studio for weeks after.

“It’s brutal,” Peter Dinklage, a.k.a. Tyrion Lannister, told EW of the fighting. “It makes the Battle of the Bastards look like a theme park.”

Dinklage previously commented on the matter at the September premiere of his film I Think We’re Alone Now when a reporter asked him if the Battle of the Bastards could possibly be topped. “Oh my god, and then some,” he responded. “You are in for it. Truly.” 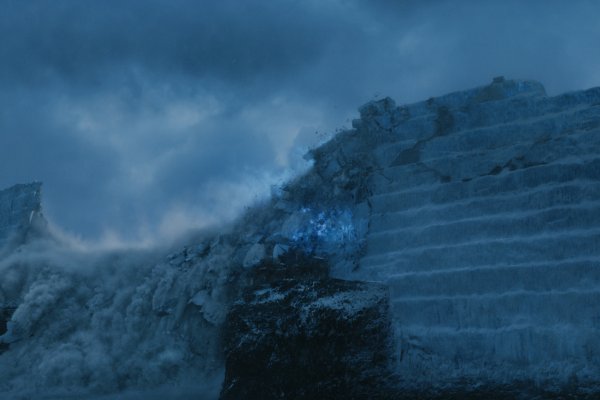 We Finally Know How Game of Thrones Season 8 Begins
Next Up: Editor's Pick