23andMe Can Now Tell You How You May Respond to Some Drugs. But Experts Are Wary

Consumer genetics company 23andMe on Wednesday became the first to secure Food and Drug Administration (FDA) approval for a report that provides information about how a person’s genetics may impact the efficacy of certain drugs. The approval, which comes with certain caveats and safety controls, expands the company’s ability to offer medical insights to customers — but some experts say that information should be approached with caution.

This is the latest consumer advance in pharmacogenetics, or the study of how a person’s genes may alter the effects of certain drugs, including blood thinners and antidepressants. Using the saliva sample provided by users, 23andMe will look for 33 genetic variants that could influence the rate at which a person metabolizes some medications, which may affect their efficacy and side effects.

“Historically, there hasn’t necessarily been a convenient way to access that information,” says Kathy Hibbs, chief legal and regulatory officer at 23andMe. “We want to make this proactively available to individuals so it will ultimately become convenient when, and if, they ever do need any of these medications.”

The report will be part of 23andMe’s existing $199 Health and Ancestry service, a company representative told TIME, but it’s not clear when it will be available.

The latest FDA approval brings 23andMe’s genetic testing capacities closer to the level available before a 2013 warning letter from the FDA, which temporarily caused the company to halt the health and diagnostic side of its business. Recently, the company won FDA approval for tests for genetic variants associated with breast cancer, late-onset Alzheimer’s disease, Parkinson’s disease and more.

But Dr. Rebecca Sutphen, co-founder and chief medical officer of InformedDNA, an organization dedicated to the appropriate use of genetic testing, says that pharmacogenetics may not be ready for prime time. While research has demonstrated links between certain genetic variants and the metabolism of certain drugs, she says it’s not clear yet how those connections should influence prescriptions.

“People are just curious about their DNA, and reasonably so,” Sutphen says. “But unfortunately, for the case of pharmacogenetics, at this moment in time, it’s mostly potential power for the future, not for the present. There’s little that’s applicable to anyone’s current care.”

Kim Schahl, a certified genetic counselor and the director of genomics research and development at InformedDNA, says most people do not need this kind of testing, adding that the “overwhelming majority” of people have some sort of variant that would be flagged by a pharmacogenetics test.

The FDA’s approval also comes with important caveats. People should not take the results of 23andMe’s report as medical advice and should consult a doctor before using the findings to justify taking — or ceasing to take — any medications.

“To even consider using any of the information in the test,” Sutphen says, “you would need a clinical test to be done.”

But Hibbs says few patients would get this kind of testing during routine care; 23andMe’s report is meant to fill that gap. While she also emphasizes the importance of talking with a doctor before implementing any of the results, she says physicians would likely be part of this process anyway, since most of the drugs affected by genetic variants are available only by prescription. 23andMe research also found that 97% of consumers understood that they should consult a doctor before changing the way they take any medications.

“Without that conversation with physicians, because we’re primarily talking about prescription medications, it’s a little difficult to imagine how the consumer would use the information on their own,” Hibbs says.

The FDA announcement also emphasizes that the reports cannot determine how a person will respond to any specific drug. Rather, Hibbs explains, the report highlights genetic variants that could affect someone’s reaction to certain classes of drugs. Even still, the FDA’s announcement says “health care providers should not use the test to make any treatment decisions.”

The morning after 23andMe’s test was granted FDA approval, the agency issued a warning to consumers, urging them to be wary of similar tests on the market that have not yet secured FDA approval.

Sutphen says that while direct-to-consumer genetic tests can serve a purpose, all of them — even those with FDA approval — should be taken more for fun than for medical advice.

“At this moment in time, there’s not an indication for most people to get genetic testing other than curiosity,” she says. “Where there are indications for people to get genetic testing, there are clear guidelines and targeted tests and genetic counseling to help interpret that information in the context of your personal needs and family history.” 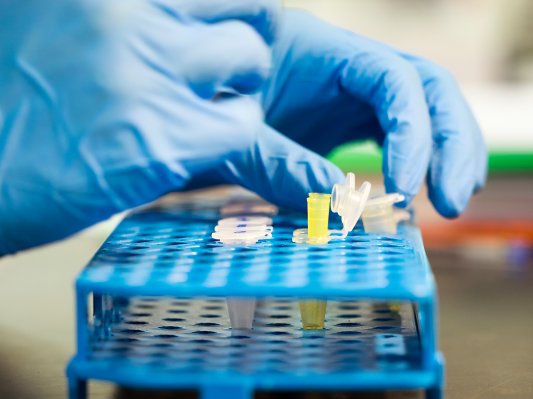 Millions of Americans Could Be Identified Using Consumer Genetic Databases—Even If They've Never Taken a DNA Test
Next Up: Editor's Pick