Rep. Steve King Has Made Controversial Remarks for Years. Why He's Suddenly in Trouble Now

In this June 8, 2018 file photo, Rep. Steve King, R-Iowa, chairs a House Judiciary Subcommittee on the Constitution and Civil Justice hearing on the Trump Administration's plan to add citizenship questions to the 2020 census in Washington.
J. Scott Applewhite—AP/REX/Shutterstock
By Ryan Teague Beckwith

In recent days, the Iowa Republican has lost support from a growing list of corporate contributors, including Purina Petcare, Land O’Lakes and Intel; faced an extraordinary rebuke from Rep. Steve Stivers, head of the National Republican Congressional Committee; and seen a surge of fundraising by his Democratic opponent, former minor league pitcher J.D. Scholten.

King has long been known for making inflammatory comments about America’s changing demographics and immigration. That hasn’t stopped him from being elected to eight terms in the House.

But facing a hard-working opponent who’s raising more money, King has started to face criticism for some of his recent actions:

• Retweeting a Nazi sympathizer. In June, King retweeted British white nationalist Mark Collett, who has described himself as a “Nazi sympathizer” and admirer of Hitler’s Germany. Amid the criticism, King refused to apologize or delete the tweet.

• Endorsing a white nationalist. In mid October, King endorsed Faith Goldy, a white nationalist running for mayor of Toronto who has claimed that “Canada is undergoing a ‘white genocide'” and has recited a white supremacist slogan on a 2017 radio show.

“What does this diversity bring that we don’t already have?” he told the website of Austria’s Freedom Party. “Mexican food, Chinese food, those things — well, that’s fine. But what does it bring that we don’t have that is worth the price? We have a lot of diversity within the U.S. already.”

Such comments weren’t exactly surprising. After all, King has long made similar remarks.

Despite being from Iowa, he’s displayed a Confederate flag on his congressional office desk, and he attempted to block the addition of Harriet Tubman to the $20 bill. He’s called former President Barack Obama “very, very urban,” claimed that white people did more than “any other subgroup of people” to contribute to civilization and argued that counterprotesters at a white nationalist rally in Charlottesville, Va., may have been at fault for the deadly clash in May of last year.

He has said that the undocumented immigrants known as Dreamers include many with “calves the size of cantaloupes” from “hauling 75 pounds of marijuana across the desert,” referred to birthright citizenship as part of the “anchor baby agenda” and said that “we can’t restore our civilization with somebody else’s babies.” He’s argued that there’s an “effort” to use illegal immigration to replace children who were aborted, claimed that the “vast majority of mothers who say they can’t afford an abortion have an iPhone, which costs more” and said that birth control will lead to a “dying civilization.”

Ironically, King may be facing trouble in part because of the president. Trump’s similarly inflammatory remarks about immigration and changing demographics have brought that controversy to the forefront just before the election, making it harder for King to fly under the radar. House Republicans, already upset about how Trump’s discussion of ending birthright citizenship will play in swing districts, don’t want to defend King as well, especially in light of the Pittsburgh shooting.

That’s doubly true when King has explicitly tried to rope them in with him, saying of the far-right groups he met with: “If they were in America pushing the platform that they push, they would be Republicans.”

But in the end, King may be in trouble for the same reason that other long-ensconced incumbents have lost: He was caught flat-footed.

While he was meeting with a far-right group in Europe, his opponent has been driving a Winnebago around rural Iowa to meet with voters on the county-fair circuit. His fundraising has lagged far behind Scholten, who outraised him by nearly $950,000. Scholten has also come from nowhere to nearly match King in Twitter followers.

And while many voters in a conservative district that went for Trump by 61% haven’t historically been bothered by King’s rhetoric, there are signs that it’s come at the cost of talking about local issues.

The Sioux City Journal, which endorsed him in the past but went for his opponent this year, argued in an editorial that all of King’s meetings with far-right groups represented time when he wasn’t doing the ground-level work for the district.

“As we have said before, we would prefer King spend less time trying to ‘save’ Western civilization and making a national name for himself as a conservative leader trying to move the nation to the political right,” the paper’s editorial board wrote. “We would rather he commit to becoming, say, a more influential congressional leader in agriculture.”

If King loses, it might not be that he went too far with his inflammatory comments, but that he didn’t work hard enough to win. 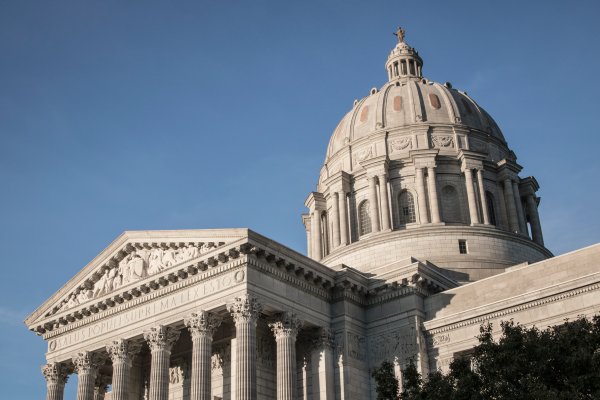