My Sister Was Killed in Emanuel Church. Now I Know Our Hate Problem Is Bigger Than Our Gun Problem

The last couple of days have been like déjà vu: an unhinged white guy, middle-aged, filled with hate and rage. Only this time he walked into a synagogue, not a church, and pulled out a gun and started shooting. He killed people simply because they were there and they were Jewish. It’s the same as what happened in Charleston, S.C., the same senseless reason my sister, Cynthia Hurd, and eight other parishioners died at Mother Emanuel church: they were there and they were black.

In both cases, a gun was the tool that the perpetrator used. But the motivations were hate and racism and discrimination, part of an emerging white-nationalist movement that for years was bubbling under the surface. It has now reared its ugly head in a very public way, and we all must confront what it means.

Unfortunately, the President of the United States doesn’t have the moral leadership to lead on this issue. So we’re going to approach the problem from the bottom up, in local communities and houses of worship, through city councils and county commissions, in our middle and high schools. I’m convinced that if the people will lead, the leaders will follow.

In times like these, we run toward our faith and we cling to it. But as we move forward, we’ve got to get up off our knees after praying, wipe our eyes and get to work. 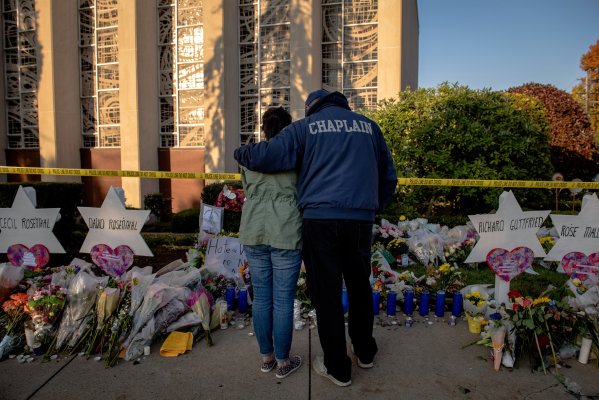 The Only Way to Fight Hate
Next Up: Editor's Pick