(Bloomberg) — The Lion Air jet that crashed into the Java Sea off Indonesia earlier this week had experienced problems with the sensors used to calculate altitude and speed on its previous flight, an issue that could help explain why the plane dove into the water.

Pilots on the nearly new Boeing Co. 737 Max 8 reported the issue after flying from Denpasar to Jakarta the night before the accident, Lion Air spokesman Danang Mandala Prihantoro said Wednesday. The instruments were checked by maintenance workers overnight and the plane was cleared to fly, Prihantoro said.

While it will be days or weeks before definitive information emerges in the crash shortly after takeoff with 189 people aboard, discrepancies in speed and altitude readings can cause confusion on the cockpit and have led to accidents in the past, including the 2009 crash of an Air France plane in the Atlantic Ocean.

Flight-tracking data before the two-month old Lion Air jet crashed showed the plane was varying its altitude and speed, a possible indication that the pilots weren’t getting accurate information from the aircraft’s air-pressure sensors.

Erroneous sensors could be an explanation for the flight track data, said John Cox, president of Safety Operating Systems and a former airline pilot. But Cox and others cautioned that it’s too soon to say what happened on the Lion Air flight and some of the flight data — such as speeds that weren’t extreme and none of the highly abrupt maneuvers that preceded the Air France jet’s loss of control — may suggest some other cause.

Indonesia’s National Search and Rescue Agency has picked up signals from so-called pingers on the Flight JT610’s crash-proof flight recorders.

“We have located the area where we strongly believe the plane’s black box is located. The large parts of the aircraft should be nearby,” National Military Chief Hadi Tjahjanto said.

Inspections of the 737 Max 8 aircraft operated by Lion Air and Garuda Indonesia since the accident found no technical issues, according to a statement by the country’s Transport Ministry. A review of maintenance documents found no additional issues were reported on the airspeed and altimeter system in the past 3 months.

Investigators from around the world, including a team from Boeing, are onsite poring over evidence. For now, the planemaker has told 737 Max operators that it doesn’t recommend they take any action at this time.

Even with modern GPS tracking, planes need to calculate their precise speed through the air. To determine airspeed — which can vary substantially compared to the speed over the ground due to winds — aircraft rely on Pitot tubes which measure the air rushing into them.

By comparing that pressure against the ambient air pressure — which is obtained by what are known as static ports — aircraft can determine airspeed.

If either of the pressure sensors are blocked, it can cause erroneous readings. In the case of the Air France flight, investigators concluded that a high-altitude ice storm clogged the Pitot tubes.

Jetliners are equipped with three separate airspeed sensor systems as backups. If one goes bad, pilots are trained to check the other readings and disregard the one that’s incorrect.

United Technologies Corp. is a supplier of the systems to the 737 Max, according to Airframer.com, a website that tracks suppliers of aircraft components. A company representative said she wasn’t immediately able to confirm whether its equipment was on the Lion Air plane.

Lion Air and investigators haven’t provided details about the issue on the previous flight Sunday night. Data provided by flight tracking company FlightRadar24 showed that the jet took off and reached an altitude of 5,550 feet (1,692 meters), then dropped to 4,625 feet, an unusual altitude loss at a time when aircraft normally climb steadily.

The plane then resumed its climb, but never exceeded 28,000 feet. Jetliners usually don’t fly below 30,000 feet because cruising at the lower altitudes is less fuel efficient. However, planes with partially malfunctioning altitude sensors aren’t allowed above 28,000 feet.

“Every aircraft that we have will go through transit, pre-flight and post-flight checks,” said Lion Air’s Prihantoro. “We are conducting inspection and maintenance if needed on every aircraft.”

Indonesia’s National Transportation Safety Committee, which is leading the investigation, has interviewed pilots from the previous flight, Ony Soerjo Wibowo, an investigator, told a news conference on Tuesday.

In the Air France accident, investigators concluded that the Pitot tubes had become clogged with ice and all three of the plane’s speed indicators failed at different times, according to the final report of France’s Office of Investigation and Analysis.

The routine flight from Rio de Janeiro to Paris was interrupted with a cacophony of alarms and confusing information. Their autopilot disconnected, speed indicators went haywire and warnings sounded indicating they were going too slow. “We haven’t got a good display,” one of the pilots said, according to the accident report.

Completely flummoxed, the pilots abruptly climbed and then lost control, allowing the plane to plunge for about four minutes until it slammed into the water.

While such failures happen fairly frequently and pilots should be able to continue flying the plane until the problem resolves itself, a handful of airline accidents such as the Air France crash show they can be confusing if pilots are startled and don’t react properly.

A charter flight leaving the Dominican Republic in 1996 crashed, killing 189 people, after the captain’s airspeed became inaccurate. While it was never proven, a wasp’s nest in the Pitot tube was suspected as the reason for the error.

An Aeroperu flight that crashed in 1996, killing 70, was blamed by the Peruvian government on tape that had been left over the static ports. Shortly after takeoff, pilots received nearly simultaneous cockpit warnings that they were going too fast, too slow and too close to the ground, according to the investigation.

While it’s too early to know if airspeed indicators will prove to be related to Monday’s accident, the possibility underscores the need for better and more consistent pilot training, said David Greenberg, an industry consultant and former operations executive at Delta Air Lines Inc.

Partially as a result of the Air France crash, the U.S. Federal Aviation Administration in recent years revamped pilot training for how to handle unusual speeds and cases in which the plane goes out of control. It’s now common for airline pilots to receive simulator training on how to handle a failure of the plane’s speed indicators.

A veteran U.S. airline captain recalled a recent training exercise in the simulator in which the plane’s airspeed became inaccurate. The problem was hard to detect and occurred simultaneously with other control issues, said the pilot, who asked not to be named because he wasn’t authorized to speak by his airline.

The copilot’s speed readings were accurate and control was turned over to the junior pilot, but the captain’s instruments continued to behave erratically, which was distracting, the pilot said. 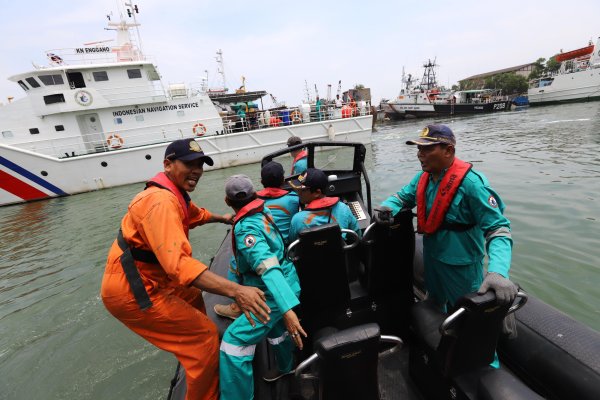 Indonesia Plane Crashes With 189 On Board: What We Know
Next Up: Editor's Pick