New York City police are still searching for answers in the case of two Saudi-born sisters found duct-taped together in the Hudson River a week ago.

Police found the fully clothed bodies of 16-year-old Tala Farea and 22-year-old Rotan Ferea washed up in Manhattan on Oct. 24. Police initially believed the sisters committed suicide by jumping off of the nearby George Washington Bridge, but further investigation revealed no signs of trauma that would indicate a plunge from the bridge, police said.

According to police, the sisters’ mother said she received a call from the Saudi Embassy in Washington a day before the bodies were discovered informing her that her daughters had been ordered to leave to United States because they had applied for political asylum.

The sisters’ mysterious death comes at a time of increased scrutiny of U.S.-Saudi relations following the death on Oct. 2 of Washington Post columnist Jamal Khashoggi, who was allegedly murdered and dismembered after entering the Saudi Arabian consulate in Istanbul. Saudi Arabian Crown Prince Mohammed bin Salman called the killing a “heinous crime that cannot be justified.”

In the case of the deaths of the Ferea sisters, police said foul play has not been ruled out. The city medical examiner is still working on determining the cause of death.

The sisters lived in Fairfax, Virginia with their mother prior to going missing in August. Tala had been reported missing from Fairfax since Aug. 24 and was suspected to be accompanied by Rotan, police said. Police are still investigating their whereabouts for the last two months. NYPD Chief Detective Dermot Shea told reporters on Wednesday that detectives have gone to Virginia and interviewed family and associates.

“I think we’ve made significant progress in piecing together pieces of this puzzle to find out what happened,” Shea said. “Those interviews are really unraveling in some way a piece of the puzzle of behind the scenes, but there is still work to do.”

On Wednesday police released photos of the sisters and asked anyone with information to come forward.

The Saudi consulate released a statement on Tuesday saying that the sisters were students accompanying their brother in Washington. The statement added that the embassy has appointed an attorney to follow the case closely.

“The embassy of the Kingdom of Saudi Arabia in Washington, D.C. has reached out to the citizens’ family and extended its support and aid in this trying time,” the statement said. 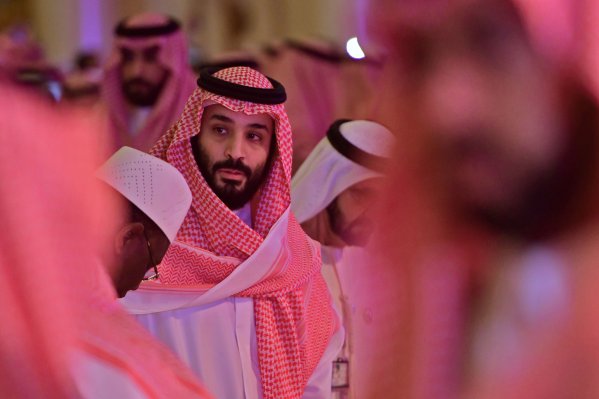 Saudis Try to Go Back to Business As Usual, As Khashoggi Storm Rages
Next Up: Editor's Pick