Cases of Mysterious Polio-Like Illness Continue to Rise. And Experts Are Frustrated Over a Lack of Answers

A rare, polio-like illness continues to spread across the United States, puzzling and concerning health officials who are investigating the mysterious condition.

So far this year, the Centers for Disease Control and Prevention (CDC) has reported a total of 116 confirmed cases of acute flaccid myelitis (AFM) in 31 states. The vast majority of cases have been in children younger than 18, according to the CDC. The agency is investigating another 170 patients in connection with the disease, which causes symptoms including sudden arm and leg weakness, loss of muscle tone, facial weakness or drooping and difficulty swallowing or speaking. In severe cases, AFM can lead to paralysis, respiratory failure or even death.

Officials have been investigating AFM since at least 2014, to little avail. It’s often not possible to determine what causes AFM, though it can follow infections from poliovirus and non-polio enteroviruses, West Nile virus and adenoviruses. Environmental toxins may also be to blame, the CDC says.

In November, the agency announced that it had established an Acute Flaccid Myelitis Task Force made up of experts from the scientific, medical and public health communities, to further its research into the causes and health ramifications of AFM, as well as possible treatments.

“While we know that these can cause AFM, we have not been able to find a cause for the majority of these AFM cases,” Nancy Messonnier, director of the CDC’s National Center for Immunization and Respiratory Diseases, said during a call with reporters in October. “The reason why we don’t know about AFM — and I am frustrated that despite all of our efforts we haven’t been able to identify the cause of this mystery illness — we continue to investigate to better understand the clinical picture of AFM cases, risk factors and possible causes of the increase in cases.”

Messonnier also said officials do not know who may be at heightened risk of AFM — though it does typically strike children — and “don’t fully understand the long-term consequences of AFM.” Some patients recover fully, while others have lasting health problems.

The CDC’s investigation has drawn criticism from its own advisors, some of whom have said the agency is not doing enough to understand AFM and its causes. Dr. Kenneth Tyler, a professor of neurology at the University of Colorado School of Medicine, joined other CDC advisors, as well as parents of children with AFM, in airing his grievances with the agency to CNN earlier this month.

“This is the CDC’s job. This is what they’re supposed to do well,” Tyler told CNN. “And it’s a source of frustration to many of us that they’re apparently not doing these things.”

In a statement provided to TIME, a CDC spokesperson said the agency continues to investigate AFM and is working closely with experts to understand the condition. The agency has so far determined that initial AFM symptoms are similar to those of most viral infections; that patients have tested negative for poliovirus; and that AFM is most prevalent in the late summer and fall.

“While CDC has determined causes of some AFM cases, we don’t yet have a comprehensive understanding of most of the AFM cases we have investigated,” the statement says. “We don’t know what has been causing the outbreaks since 2014. We wish we knew more now and we’re working hard to find the cause or causes.”

One source of frustration for some doctors, CNN reports, is that there is currently no requirement for reporting cases of AFM to the CDC, potentially making it difficult to understand the full scope and severity of the problem. On the October call with reporters, however, Messonnier said she believes “the majority of cases are coming to our attention.”

Other experts feel that enteroviruses are likely to blame for AFM, and should be paid more attention in treatment, prevention and testing. While the CDC has confirmed enteroviruses as the cause of the some cases of AFM, Messonnier said the evidence is not conclusive enough to call them the single cause of the outbreak. “For individual cases we are finding agents, but nothing that provides the unifying diagnosis that we expect to explain this disease,” Messonnier said.

With so much unknown about AFM, treating and preventing the condition can be difficult. Nonetheless, Messonnier urged parents to follow normal disease-prevention practices.

“As we work to better understand what is causing AFM, parents can help protect their children from serious diseases by following prevention steps like washing our hands, staying up to date on recommended vaccines and using insect repellent to prevent mosquito bites,” she said. 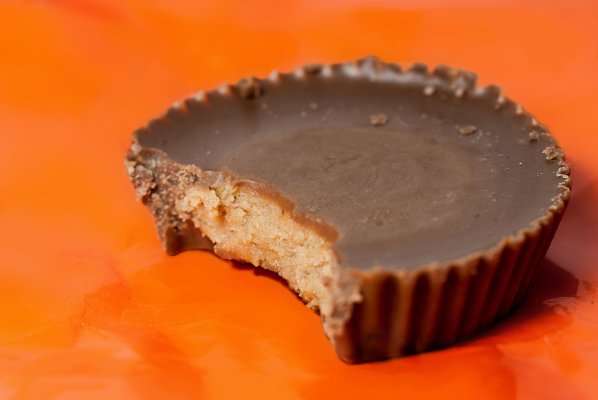 The Scientific Reason Why You Can't Stop Eating Halloween Candy
Next Up: Editor's Pick