Trump Wants to Revoke Birthright Citizenship. Here's What to Know About Why That Right Exists

President Trump drew attention on Tuesday to one of the deepest questions about American life: who gets to be a citizen.

The president told “Axios on HBO” that he intends to end birthright citizenship by executive order. That right, which has been guaranteed by the Constitution for 150 years, ensures that anyone born in the United States is automatically a citizen. “All persons born or naturalized in the United States, and subject to the jurisdiction thereof, are citizens of the United States and of the state wherein they reside,” the 14th Amendment declares.

Under Trump’s proposed idea, however, such would not be the case for children of non-citizens and unauthorized immigrants, even if they are born in the United States.

Many — including House Speaker Paul Ryan — have questioned whether such a change is even possible by executive order. But the fact that the idea is being tested is not so surprising. The question of citizenship has been a constant point of debate in American History. Martha S. Jones is a professor of history at Johns Hopkins University and the author of Birthright Citizens: A History of Race and Rights in Antebellum America, from Cambridge University Press. She spoke to TIME about the origins of the 14th Amendment, fights over citizenship and the implications of President Trump’s executive order.

Has the birthright citizenship idea ever been challenged in court?

Yes, in the 1890s, in a case brought by a gentleman named Wong Kim Ark. Ark is the child of Chinese immigrants and was born in San Francisco. His parents were ineligible to be citizens but he understood his right to be a birthright citizen pursuant to the 14th Amendment. He left San Francisco on business and when he returned at the border he was detained and said to be a non-citizen because his parents were not citizens. Ark’s case was taken to the Supreme Court where the Supreme Court reviewed the facts and said “Wong Kim Ark is born in the United States and hence is a birthright citizen.” This is the case we have relied upon for guidance, insight and understanding into how birthright citizenship is intended to work and in particular how it works for immigrant children.

What are some arguments that have been made for or against the idea, historically?

As best I understand, birthright citizenship really has only come under attack in the last generation. For some people it’s just too broad and they advocate substituting a new kind of citizenship regime for birthrights — like a regime with blood, [or] linked to allegiance or affirmations. Other people generally permit the 14th amendment to stand but they want to narrow the small provision in the amendment that excludes from birthright citizenship persons who are not subject to the jurisdiction of the United States. In the 19th century those were principally the children born to soldiers of occupying armies or the children of foreign diplomats, but more recently the argument has been that children of unauthorized immigrants are not “subject to the jurisdiction” of the United States and hence can be excluded from the protections of birthright citizenship. That is the argument driving what we are seeing today with the president’s proposed executive order.

As you understand it, how exactly could it work if birthright citizenship were revoked under this proposed executive order?

You could imagine a machine that scrutinized people under this question could scrutinize all of us on this question, any time we came into contact with officials. What if, for example, each time we came into contact with the United States, you could not simply show a passport [but] you also had to prove the origins of your parents? That is a regime that could be effectuated. It’s not practical, it’s inhumane but it could be. Imagine you go apply for a driver license or you apply for social security benefits — all of these interactions with officials are opportunities for all of us to be scrutinized based on not only our own births but the births of our parents.

In light of this news, what should we know about the origins of the 14th Amendment?

In the wake of the Civil War, the 13th Amendment emancipates all those people held as slaves in the United States — some 4 million people — but even if they are free there’s an open question about their standing before the law and before the Constitution. Congress recognizes the incompleteness of freedom and goes ahead to, among other things in the 14th Amendment, make these former slaves citizens by virtue of this clause. And so the primary purpose of the 14th Amendment is to make former slaves citizens and to incorporate them into the body politic. But because its language is so broad, it not only determines the citizenship status of former slaves but affirms the citizenship status of everyone born in the United States.

So what do you think about the constitutionality of Trump’s proposed Executive Order?

I think he has the latitude to try. But what I do know is that in our scheme it is the Supreme Court of the United States that has the last word on the constitutionality of any official act, be it a law passed by Congress or an executive order, and what we can look forward to should the president in fact issue this executive order is that we will be in front of the Federal Courts very quickly with cases brought by those that are affected by the law.

Are there any misconceptions about the 14th Amendment for which people should watch out?

In this climate people think that the 14th Amendment is too broad, that it opens the door to citizenship too wide. And my view is that this 14th Amendment birthright citizenship provision is one of our great assets in a democracy. It makes sure that no one can deny us citizenship based on race, based on religion, based on dissent or national origin of one’s family. No one can deny our citizenship even if we are adherents of unpopular political views, and this has kept an important part of citizenship free of the influence of xenophobia or bigotry. Birthright creates an entryway that is far more even keeled than many other aspects of the law.

If Trump does sign this Executive Order what do you expect will be the consequences?

It’s hard to say, but certainly we’re in for a season of litigation. If ultimately the Supreme Court were to deem it unconstitutional then it’s hard to say what the next move might be in the broader project of curbing immigration. And my sense is, as a historian of citizenship, that the fight around citizenship will continue. In fact it’s very difficult to point to any era in our history when there wasn’t a fight over citizenship. It is a permanent dimension of our democracy — who is in, who is out and on what terms. I don’t think the question will disappear even should the court resolve it. That wasn’t true for African Americans in the early 19th century. They continued to struggle for citizenship even when courts said they were not and I think we can expect people today to do very much the same. 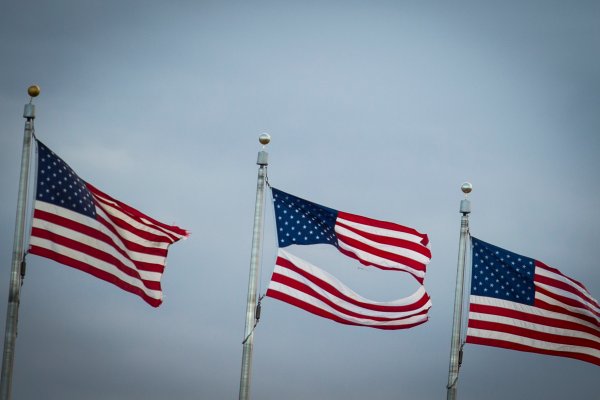 No Wonder America Is Divided. We Can't Even Agree on What Our Values Mean
Next Up: Editor's Pick