Prince Charles Turns 70 Years Old Today. Here's Why He Has So Many Birthday Celebrations

Prince Charles turned 70 years old on Wednesday, which can only mean one thing. It’s time to celebrate—again.

The first of Prince Charles’ 70th birthday celebrations, a garden party at Buckingham Palace, took place just a few days after Prince Harry and Meghan Markle’s royal wedding in May. Since then, the Prince of Wales has celebrated his forthcoming big day on a number on occasions, all leading up to a 70th birthday bash hosted by Queen Elizabeth on Wednesday.

Here’s why Prince Charles has had so many 70th birthday celebrations this year.

Why does Prince Charles have so many 70th birthday celebrations?

As People notes of Prince Charles’ 70th birthday, “because this is a milestone birthday for the royal family’s next in line to the throne, there are a series of celebrations in his honor throughout the year.”

Prince Charles, Queen Elizabeth’s eldest child, became heir apparent as a young boy when his mother ascended the throne on Feb. 6, 1952. This makes him the British royal family’s oldest and longest-serving heir apparent ever. On his 70th birthday, Prince Charles will have served as heir apparent for 66 years, nine months and 8 days. He broke the previous record of 59 years, two months and 13 days, which was set by his great-great-grandfather King Edward VII, in 2011.

Prince Charles’ numerous 70th birthday celebrations—including a garden party and gala concert at Buckingham Palace—this year commemorate the continuation of his lifelong service to the crown.

What about Prince Charles’ birthday celebrations he already had?

Prince Charles first celebrated his 70th birthday with a garden party hosted by the Queen at Buckingham Palace, an event for which the newly-wed Prince Harry and Meghan Markle delayed their honeymoon. The Duke and Duchess of Sussex made their first official post-wedding appearance at the party and Prince Harry even gave a speech—during which he was interrupted by a bee—in honor of his father.

Some 6,000 representatives from Charles’ patronages, charities and military affiliations, as well as members of the emergency services who were on the scene at the 2017 Manchester terror attack, were also in attendance.

Four months later, ITV marked Prince Charles’ 70th birthday with an Oct. 22 variety show dubbed “We Are Most Amused and Amazed” that was put on in aid of Prince Charles’ youth charity, The Prince’s Trust, at the London Palladium. The two-hour-long special celebrated Prince Charles’ lifelong enthusiasm for magic and featured performances by a number of world-renowned magicians and comedians. It first aired on ITV on Tuesday, Nov. 13 at 8 p.m. local time.

“This one-off event will not only see a cast of comedy giants take to the stage, but will also showcase the best jaw-dropping illusions from the greatest magicians in the business,” ITV said in a press release announcing the show.

Prince Charles then celebrated his 70th birthday once again at a gala concert that his wife, Camilla, Duchess of Cornwall, helped organize, according to Vanity Fair. The concert took place at Buckingham Palace on Oct. 25 and lauded Charles’ longstanding support for the arts.

How will Prince Charles celebrate his real birthday?

On Nov. 14, Prince Charles’s actual birthday, the Prince of Wales will attend a tea party at St James’ Palace honoring 70 inspirational people, all nominated by the charity Age UK, who also turned 70 this year. Prince Charles will then head to a private party at Buckingham Palace hosted by the Queen. 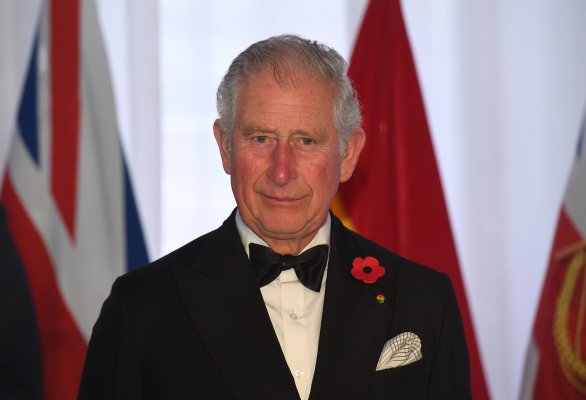 Prince Charles Drives a Luxury Car That Runs on White Wine and It Smells Delicious
Next Up: Editor's Pick