Reversing a 25-year-old ban, China announced Monday that it will allow the use and trade of rhino and tiger parts, enraging conservationists who warn the move will further jeopardize already imperiled species.

China’s State Council said the ban, enacted in 1993, would be partially lifted to allow tiger and rhino parts to be used for medicine, scientific research and “cultural exchanges,” underscoring that the trade will be strictly controlled and the products must come from animals in captivity.

But wildlife activists are infuriated by the reversal. They say the move could further threaten to push tigers and rhinos into extinction by emboldening traffickers to poach and stockpile goods for a country that places exceptional value on the animals’ parts.

“If a poachers think that there’s even a possibility of laundering the product, that will be enough to increase their activities,” says Colman O’Criodain, a wildlife trade specialist at the World Wildlife Fund. “Basically, people are betting on extinction.”

According to WWF figures, China has an estimated 6,500 tigers in captivity as of 2010. The number of rhinos still in the wild is estimated at 30,000, according to the New York Times.

The move marks a major about-face for China, which has portrayed itself as a leader of climate change initiatives and has recently taken steps to curb its image as fueling the slaughter and illicit sale of endangered animals. Earlier this year in a landmark move, Beijing announced a ban on all ivory trade in the country.

No reason was given for the Monday’s sudden lifting of the ban on tigers and rhinos. Experts attribute the pivot to China’s push to encourage Chinese traditional medicine (TCM), a millennia-old medical practice based on natural and herbal remedies. According to TCM, rhino horns can be used to treat ailments like fevers and food poisoning, while tiger bones made into wine are believed to improve health and masculinity.

The practice of TCM is valued at more than $100 billion, with more than 500,000 practitioners, according to the Times.

“It’s a reassertion of Chinese traditional culture, not to criticize that culture, but the problem is that it doesn’t seem to exclude endangered wildlife,” O’Criodain tells TIME. “But in this day in age, we’re much more aware of [traditional culture’s] effect on the ecosystem.”

According to the state announcement, tiger and rhinos products may only come from authorized distributors and can only be used by authorized doctors. But experts fear potential consumers will seek out the parts elsewhere, which will likely fuel a knock-on effect around the world, especially for tiger farms across Southeast Asia and rhino ranches in South Africa.

“We recognize this as a major threat to their survival, particularly for both of these species,” says O’Criodain. 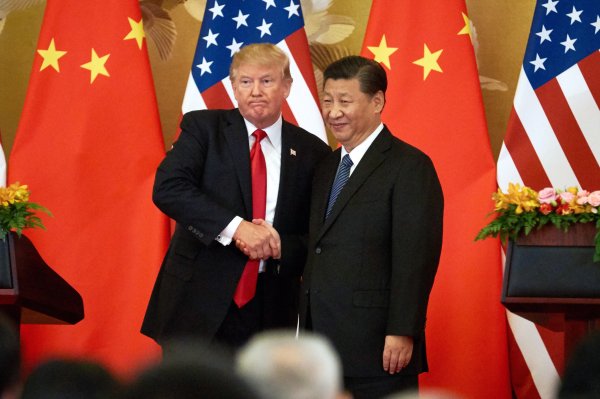