Human activity has decimated global wildlife, reducing species counts by an average of 60% over the last four decades, according to an alarming new World Wildlife Fund report.

Species are disappearing due to habitat loss and degradation, as well as overexploitation of wildlife, pollution and climate change, the Living Planet Report 2018 says.

Tracking populations of more than 4,000 mammal, bird, fish, reptile and amphibian species, the WWF researchers found staggering declines between 1970 and 2014. These reductions are thought to be directly linked to human activity since current rates of species extinction are now 100 to 1,000 times higher than before human pressures became a factor.

“This report sounds a warning shot across our bow. Natural systems essential to our survival – forests, oceans, and rivers – remain in decline. Wildlife around the world continue to dwindle,” Carter Roberts, President and CEO of WWF-US, said in a statement.

Prior to the explosive population boom of the 20th century, humanity’s consumption was smaller than the Earth’s rate of renewal. But the report notes that ecosystems are now quickly being depleted, with forests, coral reefs, wetlands and mangroves all shrinking.

In the last 30 years, the Earth is estimated to have lost about half of its shallow water corals, while in the past 50 years, 20% of the Amazon—the lungs of the planet—has disappeared.

These human-driven changes are so severe that scientists believe we may be inducing a mass extinction event.

“Earth is losing biodiversity at a rate seen only during mass extinctions,” the report says.

Further, drastic shifts are expected as “people are responsible for releasing 100 billion tonnes of carbon into the Earth system every 10 years,” it adds.

Echoing a landmark U.N. report issued earlier this month, WWF called for urgent action. The U.N. warned climate change poses “an urgent and potentially irreversible threat to human societies and the planet” that will “require rapid, far-reaching and unprecedented changes in all aspects of society.” The WWF likewise noted that “all hope is not lost.”

WWF emphasized the need for a “global deal for nature” akin to the Paris Climate Agreement, which can set ambitious targets and pull species back from the brink of extinction. 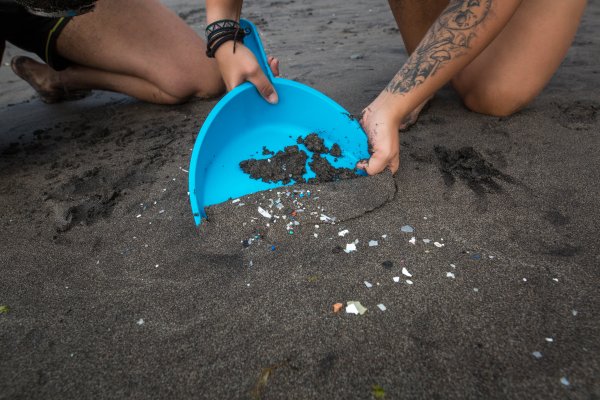 Study Finds Microplastics in Human Waste for the First Time
Next Up: Editor's Pick