Youth Voter Turnout in the Midterm Elections Could Be Historic, According to a New Poll

Young voters could turn out to vote at record-breaking levels in the midterm elections next month, according to a new poll.

The poll, released Monday by the Institute of Politics at Harvard’s Kennedy School of Government, found 40% of 18 to 29-year-olds say they will “definitely vote” in the midterm elections on Nov. 6.

In the 2014 midterm elections, 19.9% of adults under 30 voted — “the lowest rate of youth turnout recorded in the [Current Population Supplement] in the past 40 years,” according to the Center for Information & Research on Civic Learning and Engagement. In the 2016 presidential election, 46.1% of adults under 30 voted — an increase from 2012, but still the lowest turnout rate of any age group, according to U.S. Census data. That year, the Harvard Institute of Politics poll had predicted 49% of 18 to 29-year-olds would be voting.

In this year’s poll, a larger percentage of young Democrats (54%) than young Republicans (43%) indicated they were likely to vote, but Republicans saw more of a bump in enthusiasm since the spring, the poll found. Overall, 66% of respondents supported Democrats taking back control of Congress, compared to 32% for Republican control.

Both Republicans and Democrats have hyped the importance of these midterm elections, with former President Barack Obama saying it would be “profoundly dangerous” not to vote, and President Donald Trump — who still suffers from low approval among young Americans — saying it “may be the most important midterm election that anybody can remember.”

Other factors have provided some evidence of a possible surge in voter turnout this year. A record 800,000 people registered to vote on National Voter Registration Day in September. And there has been a wave of activism by young people, particularly around the issue of gun control in the wake of the February shooting at Marjory Stoneman Douglas High School.

“More than ever, young voters have shown they are ready to stand up and be heard,” Institute of Politics Director Mark Gearan said in a statement. “Our candidates and political parties would benefit tremendously from paying close attention to what is now the largest bloc of potential voters in America.” 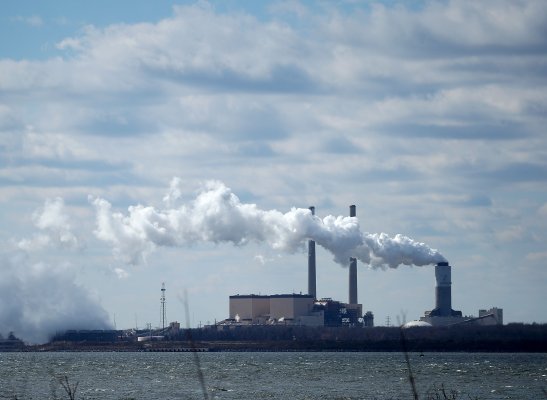 Climate Change Is on the Ballot in Washington State. Here's Why It Matters
Next Up: Editor's Pick