The Reasons Why Right-Wing Terror Is Rising in America

Ideas
By Daniel Benjamin
Benjamin, who served as Coordinator for Counterterrorism at the U.S. State Department, is director of The John Sloan Dickey Center for International Understanding at Dartmouth College.

One irony of the Tree of Life Synagogue killings, the worst anti-Semitic attack in American history, is that Jews have never been more accepted. A Pew “thermometer” poll last year, in fact, found that Americans feel more warmly toward Jews than any other religious group–one degree higher than Catholics, two higher than mainline Protestants, six higher than Evangelical Christians and 13 higher than Mormons. A 2015 Gallup poll found that 91 percent of Americans would vote for a Jew for president. Just 60 years ago, fewer than half of the country would have supported a Jewish candidate. We are a long, long way from the days when American Jews fretted over an influx of refugees fleeing Nazi Europe because they worried it would inflame anti-Semitism.

It is not too difficult to explain the incongruity of the slaughter in Pittsburgh and these well-documented attitudes. Anti-Semitism has never been eradicated, and probably never could be. It dwells in the crevices and fissures. Largely extinguished in the uppermost reaches of society, it flourishes most among cranks and broken souls on the margins–those for whom the post-industrial world provides few satisfying occupational or real world communal niches. Jew hatred is a minority phenomenon, to be sure. In an age when AR-15s are easy to come by, even the smallest minority is profoundly dangerous.

Anti-Semitic incidents have increased dramatically, up 57 percent in just the last year according to the Anti-Defamation League, and, in fact, hate crimes are up across the board. Statistics show the number of people killed by far-right extremists since Sept. 11 are roughly equal to the number killed in the U.S. by jihadist terrorists–a fact that has received little public attention and gone unremarked upon by F.B.I. Director Christopher Wray in his annual testimony before Congress. Hate crimes against Muslims also rose almost 20 percent in 2016 over 2015.

Two major developments appear to be driving the increase in acts of hatred. The first is the creation of an extremist community online. Both Robert Bowers, the suspected Pittsburgh shooter, and Cesar Sayoc Jr., who is believed to be responsible for mailing 14 pipe bombs to leading Democrats and CNN, were compulsive netizens. Sayoc had two Facebook profiles and three Twitter accounts. Bowers frequented Gab – a social network for white supremacists and Nazis who had been driven off Twitter.

The online world gave these two a home in which they could express sentiments that they dared not advertise widely in their daily lives, though with some acquaintances, Sayoc appears have had less compunction. As we’ve seen all too often, these online communities have become gigantic amplifiers, emboldening their participants and strengthening them in their most vile convictions. Just as the Internet turbocharged the jihadi universe and created a global support community for ISIS, it has networked and inspired the far-right.

The second development that has lit up this increasingly linked and animated extremist world is the advent of Donald Trump. The statistics demonstrate clearly that the biggest bump in hate crimes in recent history coincides with the period since his presidential campaign began. This is not just a matter of correlation but causation. Trump’s incendiary rhetoric, from his accusation that Mexicans coming to the U.S. were rapists to his claims that the caravan of impoverished Central American migrants coming north included Middle Easterners–aka “terrorists”–has given license to those who peddle hatred to emerge from the shadows. Much as ISIS has done with its far-flung recruits, Trump’s conspiracy theories have weaponized mental disability. Sayoc and Bowers seem clearly unhinged, barely functioning and susceptible to any utterance from the Commander-in-Chief. While Bowers wrote that he was concerned Trump was controlled by Jews, both believed his nonsense about a menacing horde coming to attack us. In Bowers’s case, his twisted belief that the venerable Hebrew Immigrant Aid Society was a fifth column supporting the caravan, ignited his ghastly bloodletting.

Though he was sure to condemn Saturday’s attack and last week’s terror, Trump evinces little conviction. He denounces “globalists,” not Jews, but anyone with eyes to see recognizes the reference to international Jewry – one made all the more palpable by his sly attacks on billionaire George Soros and gleeful suggestions that this Holocaust survivor is funding the caravan. His reference to his own former staffer, Gary Cohn, late of Goldman Sachs, as a globalist – as well as the closing ad of the 2016 campaign, which vilified Goldman CEO Lloyd Blankfein, Fed Chair Janet Yellen and Soros, a trinity of Jewish capital, all underscore the case. His evident inability to remain solemn for more than five minutes–mugging to the crowd about how well he is behaving at the rallies he will never cancel–speaks volumes about concern for public discourse and basic decency.

In this way, Trump conjures the memory of an important figure from the 19th century, one of the pioneers of political Anti-Semitism. Karl Lueger served as mayor of Vienna and founded Austria’s Christian Social Party. A shrewd opportunist who was later admired by Adolf Hitler, Lueger was happy to exploit growing resentment against wealthy Jewish capitalists who were identified with the dislocations of industrialization and poorer Jews who were moving into cities and competing with small businessmen and craftsmen. Lueger was renowned for working both sides of the aisle. More strident anti-Semites took him to task for having many Jewish friends. “Who is a Jew is something I decide,” he famously remarked. Similarly, Trump embraces Jewish allies of his own, including Israeli Prime Minister Benjamin Netanyahu and rightwing casino mogul Sheldon Adelson.

Complex developments can give hate an open road in our society. Karl Lueger also had no idea of the demons he had helped unleash. 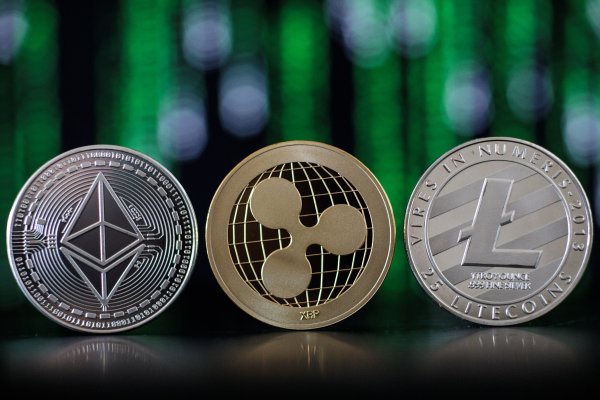 Women Worldwide Struggle to Access Banking Services. Bitcoin Is Only Making That Worse
Next Up: Editor's Pick