After revealing the existence of the PlayStation Classic in September, Sony has finally made known the full lineup of games to be included on its upcoming miniature console, available December 3 for $99.99.

The tiny gadget, a shrunken-down version of Sony’s 1994 PlayStation console, doesn’t actually use original PlayStation discs, but does include two wired PlayStation controllers and 20 pre-loaded games. For gamers, it’s another way for people to experience a bit of gaming history, and for Sony, it’s a device for tapping into the competitive and profitable field of miniaturized and nostalgia-rich consoles.

Tiny classic consoles aren’t new. In 2016, Nintendo introduced its $60 NES Classic, a tiny version of its original NES game console that includes 30 games from the console’s library, including hits like Mario Bros. and Metroid. That piece of hardware sold exceptionally well, and Nintendo followed it up in 2017 with the similarly small SNES Classic.

In Sony’s case, the list of pre-loaded games includes hits like Grand Theft Auto, Final Fantasy VII, along with other well-received titles. Unfortunately, there’s no official way to add titles to the console, and there’s no way to connect it to Sony’s PlayStation Network for online multiplayer gaming or downloading more games.

The PlayStation Classic’s announcement in September wasn’t exactly unexpected, considering both the positive reception toward the classic console revival and Sony’s own efforts when it comes to older games and backwards compatibility. The PlayStation’s successor, the PlayStation 2, was backwards-compatible, meaning it supported the older PS1 games. And when it first launched, certain PlayStation 3 consoles supported playback of both PlayStation 1 and 2 games.

Curious to see if your favorite original PlayStation game made the cut? Check out the list of pre-loaded PlayStation Classic games below:

Upset Tony Hawk’s Pro Skater 2 isn’t on there? Well, you’re not the only one, buddy. 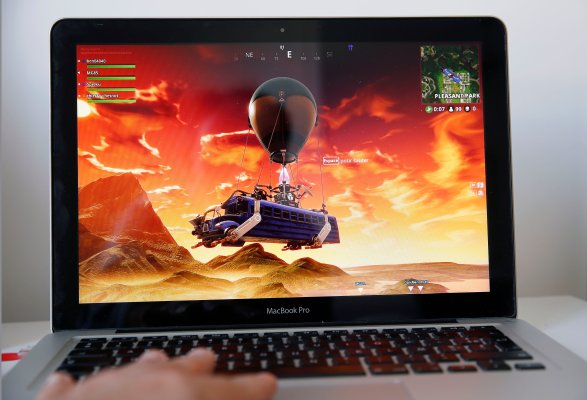 Fortnite's Developer Is Suing a Popular YouTuber for Allegedly Selling Cheat Versions of the Game
Next Up: Editor's Pick