Philippines on Alert for Typhoon Yutu Days After It Wreaked Havoc on a U.S. Territory

The Philippines raised tropical storm warnings and put a coastal region on high alert on Monday as Typhoon Yutu barrels toward the archipelago four days after it became one of the most powerful storms to hit U.S. soil.

As of Monday, Typhoon Yutu was a category 3 storm set to hit the Philippines Tuesday morning with sustained winds of 106 mph and gusts up to 130 mph, Reuters reports. Nine provinces in the Luzon region, where half of the Philippines’ population lives, were given a warning signal of 2 out of 5.

Known locally as Rosita, the storm has lost momentum since it rammed the Northern Mariana Islands, a U.S. territory of 52,000 people, on Oct. 24. The super typhoon tore through Saipan and Tinian, flattening neighborhoods, schools and hospitals, and reportedly killing at least one person. Over the weekend, President Trump declared a major disaster, paving the way for federal response efforts, USA Today reports. The U.S. Health Secretary also declared a public health emergency, triggering the deployment of health personnel and medical supplies.

Yutu, the strongest squall recorded on a U.S. territory, is also tied for the Earth’s most powerful storm of 2018, USA Today reports.

Yutu will be the 18th typhoon to slam the Philippines this year six weeks after the monstrous Typhoon Mangkut, which prompted deadly landslides. 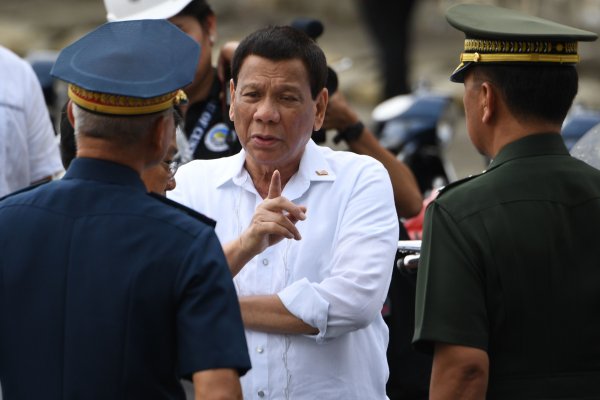