A Utah state senator decided to try cannabis for the first time—and film it—ahead of the state’s vote on legalizing medical marijuana.

On Saturday, Utah Sen. Jim Dabakis shared a video of himself sampling an edible gummy bear outside a dispensary in Las Vegas, where medical cannabis is legal. “I wanted to have at least one Utah state senator that actually has tried cannabis before we had this big debate,” he said in a follow-up video he posted to Facebook on Monday.

Dabakis went on to conclude that he believes people should “mellow out” about marijuana, and that those opposed to legalizing it are those who have never tried it.

“I felt a little high, a little okay, but it didn’t change my life,” he explained. “Everybody, mellow out. Recognize that this is nothing to be afraid of. The people that are terrified by it seem to be the people who never tried it.”

Watch the two videos below. 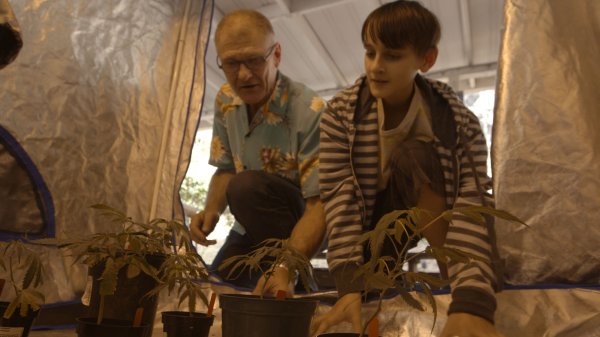 'Weed the People’ Explores Medical Marijuana for Kids With Cancer
Next Up: Editor's Pick