Brazil’s leading presidential candidate, Jair Bolsonaro, said that he intends to keep the country in the Paris Climate Agreement despite his reservations about the deal.

Speaking at a press conference in Rio de Janeiro this Thursday, Bolsonaro said he wants guarantees ensuring Brazilian sovereignty over indigenous land and the so-called “triple A” region — a strip of land that runs from the Andes to the Atlantic, passing through the Amazon rain forest. The candidate defended that might exist discussions in the “backstage” of this deal around those regions. “Could we run the risk of losing our Amazon in the Paris Accord? You have the answer,” he said.

Asked if Brazil would abandon the accord without these assurances, Bolsonaro said that was not his intention. “Brazil stays in the Paris Agreement,” he said.

Bolsonaro also said that the country’s border with Venezuela is extensive and that there is no way to close it. Brazil’s federal government cannot turn its back on Venezuela because the border state of Roraima would not be able to cope, he added. Brazil must work with the United Nations to resolve the crisis in Venezuela, the candidate said.

Regarding Argentina, Bolsonaro pledged to have a good relationship with the neighboring country and said he has already talked with President Mauricio Macri. 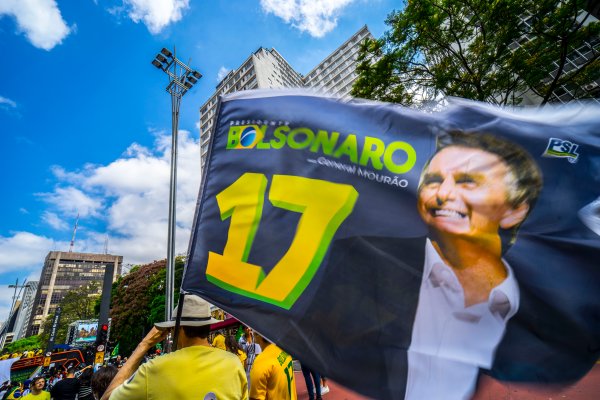 How Far-Right Populist Jair Bolsonaro Could Transform Brazil
Next Up: Editor's Pick