A Painting Made by Artificial Intelligence Has Been Sold at Auction for $432,500

An artwork made by an artificial intelligence program sold at a Christie’s auction for $432,500, nearly 45 times its high estimate.

Portrait of Edmond Belamy, a painting created by a Paris-based art collective called Obvious, was generated by using an algorithm and a data set of 15,000 portraits painted between the 14th and 20th centuries.

It sold during the October 23-25 Prints & Multiples sale at Christie’s, making it the first piece of AI art to go under the hammer at a major auction house, Christie’s said.

The art collective comprises of Hugo Caselles-Dupré, Pierre Fautrel and Gauthier Vernier, and uses a method called GAN — an acronym for generative adversarial network — to explore the intersection of art and artificial intelligence.

In place of a signature, the blurry portrait is signed with the equation used to generate the painting. The process involved feeding the algorithm a set of paintings, and having it generate an image based on the difference between its own work and the original.

A section of the artwork "Portrait of Edmond de Belamy," created by an algorithm by French collective named OBVIOUS, at Christies in New York on Oct. 22, 2018.
Timothy A. Clary—AFP/Getty Images

“We did some work with nudes and landscapes, and we also tried feeding the algorithm sets of works by famous painters. But we found that portraits provided the best way to illustrate our point, which is that algorithms are able to emulate creativity,” said Hugo Caselles-Dupré of Obvious.

The portrait has drawn a significant amount of media attention with some speculating about what artificial intelligence means for the future of art.

“AI is just one of several technologies that will have an impact on the art market of the future – although it is far too early to predict what those changes might be,” said Christie’s specialist Richard Lloyd. 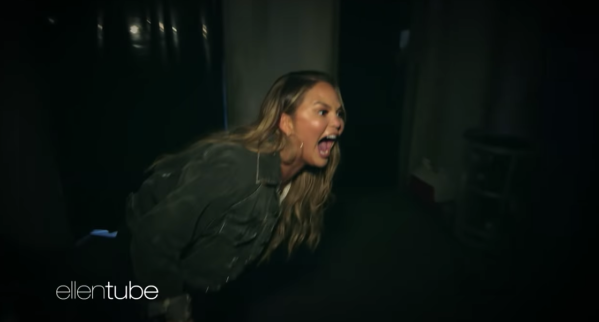