Miami-Dade Police said Thursday that they are assisting federal partners in their search of a U.S. Postal Service mail facility in Opa-locka, Fla. as part of the ongoing investigation into a series of pipe bombs sent to high-profile Democrats and the New York offices of CNN.

Law enforcement officials have intercepted at least 10 explosive devices addressed to two former U.S. presidents, sitting representatives, a billionaire philanthropist and others. None of the devices detonated and no one was harmed.

Some of the suspicious packages appear to have been handled by the USPS. Two parcels addressed to former Vice President Joe Biden were intercepted Thursday at post offices in Delaware, according to the Associated Press.

A bomb squad and K-9 unit are involved in the investigation in Opa-locka, a city within Miami-Dade county in South Florida.

The first explosive device was discovered Monday in a mailbox near the home of George Soros, the billionaire Holocaust survivor whose support for global liberal causes has made him a frequent target of the far-right.

Suspicious packages were later intercepted at the Time Warner Center, which was briefly evacuated twice. The first scare was caused by a package sent to CNN’s office in the tower, addressed to former CIA director John Brennan, a vocal critic of President Donald Trump. 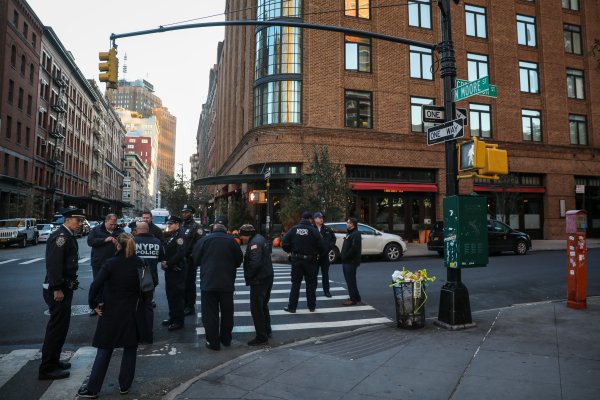 This Week’s Attempted Bombings Raise Alarms. But Experts Say It Doesn’t Mean the Country Is More Violent
Next Up: Editor's Pick