Caitlyn Jenner Says Her Support for President Trump Was 'a Mistake'

Reality TV star and transgender rights advocate Caitlyn Jenner said Thursday she can no longer support President Donald Trump, joining the chorus of criticism over reports that his administration plans to limit the definition of gender in a way that would likely roll back protections for the trans community.

In a column penned for the Washington Post, Jenner said she had hoped to use her position to advance LGBTQ rights within the Republican party, but admitted her initial support for Trump had been a “mistake.”

“The reality is that the trans community is being relentlessly attacked by this president,” she wrote. “The leader of our nation has shown no regard for an already marginalized and struggling community. He has ignored our humanity. He has insulted our dignity.”

Jenner, a TV personality and Olympic gold-medallist who was shortlisted as TIME’s Person of the Year in 2015, has become an influential voice for the transgender community. But she has also faced criticism over her support for the Republican party, which advances policies viewed as harmful to the marginalized group.

“I was optimistic that this was how I could leverage my privilege for change… I believed I could work within the party and the Trump administration to shift the minds of those who most needed shifting,” Jenner wrote for the Post. “Sadly, I was wrong.”

Jenner went on to cite several blows to the trans community under Trump, including the ban on trans people serving in the military, and most recently, a leaked memo saying that the Department of Health and Human Services was trying to establish a uniform definition of sex as a fixed matter, determined as either male or female by genitalia at birth.

“It’s clear these policies have come directly from Trump, and they have been sanctioned, passively or actively, by the Republicans by whose continued support he governs,” she further adds. 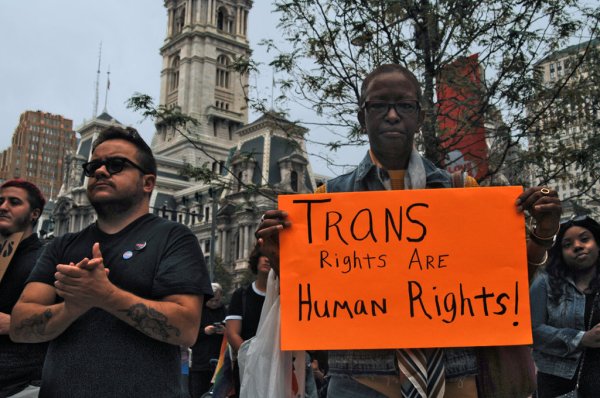