Megyn Kelly Is Cancelled. But She Never Should Have Had the Job in the First Place

In her 14 months as an NBC morning-show host—a role that has come to an abrupt end—Megyn Kelly found a number of ways to alienate viewers. She kicked off Megyn Kelly Today, last September, with an ill-considered joke about Will and Grace turning one of its fans gay and a question about plastic surgery that instigated a year-long feud with Jane Fonda. In January, she was forced to publicly apologize after appearing to endorse fat-shaming: “When I was in law school, I was gaining weight,” Kelly told fitness advocate Maria Kang. “I said to my stepfather, ‘If you see me going into that kitchen one more time, you say, “Where you going, fat ass?”’ And it works!” That same month, a fired staffer described a “toxic and demeaning” environment on the show. But Kelly dug a hole she couldn’t climb out of on Tuesday, questioning whether blackface Halloween costumes were actually racist.

“What is racist?” the host wondered aloud. “You do get in trouble if you are a white person who puts on blackface for Halloween, or a black person who puts on whiteface for Halloween. Back when I was a kid, that was OK just as long as you were dressing as a character.” The social media backlash was swift, with celebrities like W. Kamau Bell, Padma Lakshmi and Adam Rippon joining the fray. On Wednesday’s episode of Today, Al Roker pulled no punches in a statement about Kelly’s comments: “While she apologized to the staff, she owes a bigger apology to folks of color around the country,” he said. “This is a history going back to the 1830s minstrel shows, to demean and denigrate a race wasn’t right.” Soon after, Kelly apologized to viewers, but the damage was done. “Megyn Kelly Today is not returning,” an NBC News spokesperson announced in a statement on Friday. “Next week, the 9 a.m. hour will be hosted by other Today co-anchors.”

Who could have predicted such a debacle? Oh, just about anyone who was familiar with Kelly’s pre-NBC history. In 2010, as a Fox News host, her well-publicized obsession with the marginal New Black Panther Party was an early hint at her views on race. Months after launching her popular show The Kelly File, in 2013, she caused an uproar by insisting that Santa Claus and Jesus were both white. A few years later, she denounced a so-called “thug mentality” within black communities. The list of race-baiting moments goes on.

So, to many, the salient question today isn’t “How could this have happened?” so much as “How did Megyn Kelly get a $69 million deal with a broadcast network in the first place?” The answer says a lot about viewers’ short collective memory: Kelly got her first taste of bipartisan approval during the most recent presidential election cycle, when she grilled Donald Trump over his comments demeaning women. He hit back (remember “blood coming out of her wherever”?), and the more she stood her ground, the more liberals warmed up to her. Kelly underscored her potential appeal to mainstream audiences by speaking out about sexual harassment she endured at the hands of Fox News chief Roger Ailes. By 2016, she was a Vanity Fair cover star. The NBC deal followed early the next year, with the short-lived Sunday Night With Megyn Kelly debuting in June 2017.

Megyn Kelly Today was plan b for the network’s new investment. Although its ratings never compared with those of its predecessor—an hour of Today hosted by Kelly’s reportedly lower-paid colleagues of color, Roker and Tamron Hall—the birth of the #MeToo movement last October gave Kelly a purpose that she clearly wasn’t finding in segments on parenting, cooking and celebrity gossip. She found her niche in championing women, famous and not, who came forward to accuse powerful men of sexual misconduct, and grounding her anger on their behalf in her own experiences at Fox News. For a TV personality who’d effectively erased past controversies by standing up to sexist men, these emotional interviews were the equivalent of playing her hits.

Kelly stepped back into the role of maverick feminist—never mind that her record had always been spotty on women’s issues that did not speak directly to Megyn Kelly. (She has cast aspersions on the equal pay movement, defended demonstrably false anti-abortion propaganda and told campus sexual assault activists to “toughen up, buttercup.”) The same girl-power veneer that kept her supporters in the mainstream media from reckoning with the Fox News version of Kelly in 2016 once again obscured the less savory aspects of her personality. Until it didn’t.

It wouldn’t have taken an investigative reporter to uncover all the reasons why she was the wrong choice for NBC, a broadcaster that presumably had no intention of spending a fortune on a host who would end up offending and alienating a substantial portion of its diverse audience. But the cost of the network’s myopia isn’t just monetary. In failing to weigh the risks of hiring someone like Megyn Kelly, NBC has also lost something priceless: viewers’ trust. 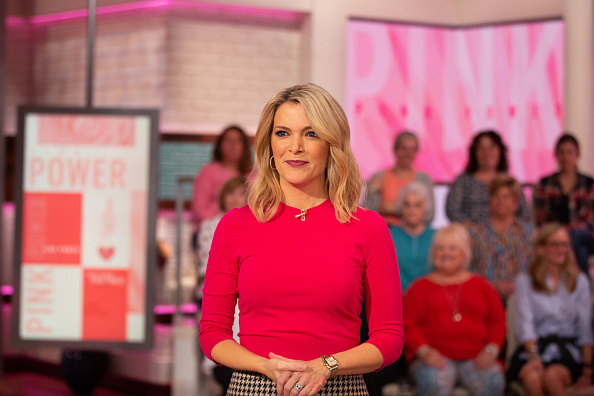