White Men Don't Make Up the Majority of Democratic Candidates for Congress This Year. That's a First

“This is certainly a more reflective candidate pool than we’ve ever seen,” Brenda Choresi Carter, the group’s director, tells TIME.

The midterms could produce a string of historic firsts in congressional races and beyond. Alexandria Ocasio-Cortez, a 29-year-old activist from the Bronx, is poised to become the youngest woman ever elected to Congress. Stacey Abrams, 44, could be elected the country’s first black female governor if she beats Georgia’s Secretary of State, Brian Kemp.

It’s important to have a diverse body of elected officials, according to Carter.

“We’re actually missing out on important perspectives and experiences if we don’t have that full range of representation,” she said.

Though the candidate pool is certainly more reflective than it has been in the past, it’s too soon to tell how diverse Congress and state legislatures will be post-election.

“We don’t know what’s going to happen in the election and how the candidates that we’re tracking here will fare,” Carter said. But “the study did show a historic shift in the demographic makeup of candidates.” 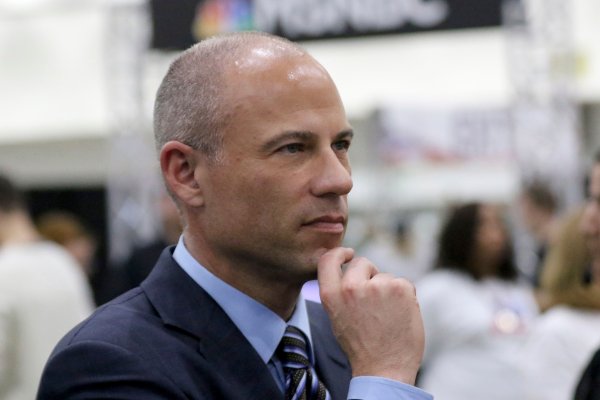 Why Avenatti Thinks Only a White Man Can Beat Trump
Next Up: Editor's Pick