Amid growing controversy over Megyn Kelly’s racially insensitive comments about blackface, NBC News has announced that it has canceled Kelly‘s 9 a.m. hour of the Today Show, Megyn Kelly Today.

“Megyn Kelly Today is not returning,” an NBC News spokesperson said in a statement. “Next week, the 9 a.m. hour will be hosted by other TODAY co-anchors.”

Kelly came under fire earlier this week for saying that she doesn’t understand why blackface Halloween costumes are racist during a roundtable discussion on offensive costumes on her talk show, Megyn Kelly Today.

She later apologized in an email to colleagues, writing that she was rethinking her views. “I realize now that such behavior is indeed wrong, and I am sorry,” she wrote. “The history of blackface in our culture is abhorrent; the wounds too deep.”

However, several of Kelly’s NBC colleagues, including Today show hosts Craig Melvin and Al Roker, denounced her comments on Wednesday.

“The fact is, she owes a bigger apology to folks of color around the county,” Roker said while discussing the incident with Melvin and Savannah Guthrie on Today. “This is a history, going back to the 1830s [with] minstrel shows. To demean and denigrate a race wasn’t right. I’m old enough to have lived through Amos ‘n’ Andy where you had white people in blackface playing two black characters just magnifying the stereotypes about black people. And that’s what the big problem is…No good comes from it. It’s just not right.”

Kelly then apologized on-air during Wednesday’s Megyn Kelly Today. “I defended the idea, saying as long as it was respectful and part of a Halloween costume, it seemed okay. Well, I am wrong and I am sorry,” she said.

On Wednesday night, The Hollywood Reporter reported that Kelly had not only parted ways with talent agency CAA, but also hired a Hollywood litigator. 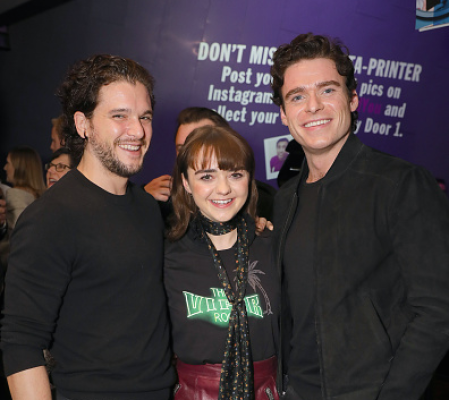 The Stark Siblings Just Gave Fans the Reunion That Game of Thrones Never Will
Next Up: Editor's Pick