A U.K. Billionaire Stopped the Press From Reporting Allegations of Harassment – Raising Questions of #MeToo in Britain

A British billionaire businessman was allegedly able to get a court order stopping the U.K. press from reporting allegations of sexual misconduct and racial harassment – a case that is raising questions of free speech and freedom of the press in the era of #MeToo.

Sir Philip Green, the owner of Topshop, was named on Thursday as the businessman in question. The allegations against the businessman were first reported by the Daily Telegraph of London on Wednesday, but Green could not be named due to the court order.

Lord Peter Hain, a member of the House of Lords in the U.K. Parliament, used the longstanding rule of parliamentary privilege to name Green. The rule allows lawmakers to avoid prosecution for whatever they say in the chamber — a convention designed to safeguard democratic society. It means media are able to report his name for the first time.

“I feel it’s my duty under privilege to name Philip Green as the individual in question, given that the media have been subject to an injunction preventing publication of the full details of a story, which is clearly in the public interest,” Lord Hain said.

In a statement to the British press, Green denied the allegations of “unlawful sexual or racist behavior”:

The gag order is a quirk of U.K. media law, which allows the courts to prevent the press from reporting on a non-disclosure agreement or other information deemed an invasion of privacy. In the U.K., media are more constrained by what they can say than in the U.S., where the First Amendment protects freedom of the press. The U.S. Supreme Court has repeatedly ruled against “prior restraint” preventing the publication of information.

Critics say the #MeToo movement has not taken off in the U.K. to the extent it has in the U.S. because of these rules.

Green has been accused of sexually and racially harassing members of his staff, as well as bullying them in a series of court settlements, according to the Telegraph, which could not name him in its reports. On Wednesday, the Telegraph revealed Green — then unnamed — had made at least five “substantial payments” to victims as part of non-disclosure agreements.

The Telegraph also interviewed a woman as part of its coverage who detailed alleged sexual harassment — but neither the newspaper nor, the woman were able to say whether Green was the suspect. The details of the accusations at the center of the court disputes are still unknown. The woman was not involved in the court cases, which is why the Telegraph was able to report her allegations.

The Telegraph said Green had spent nearly $640,000 on legal fees to prevent his name getting out.

The Telegraph’s first report on Wednesday made a splash in Britain. After publication, Prime Minister Theresa May said she would act to reform the “unethical” use of non-disclosure agreements. The opposition lawmaker Jess Phillips said “We are a year on from MeToo and nothing has changed.” 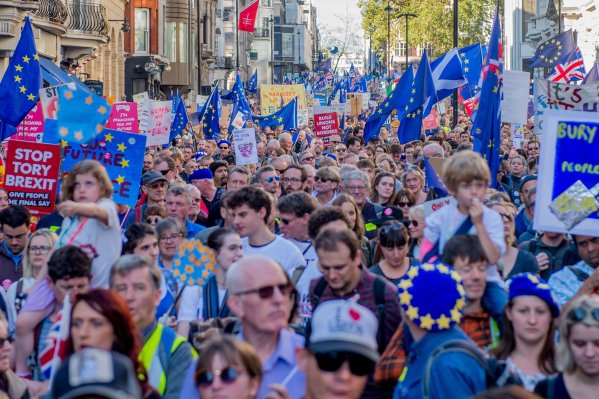 The Latest on Brexit, As the Clock Runs Down
Next Up: Editor's Pick