A Multifaceted Look at the Man Behind the Atomic Bomb

Louisa Hall understands that the words we don’t write can be just as important as the ones we do. In her past novels, which include Speak and The Carriage House, the poet and author earned acclaim for her ability to wield language with unusual precision. Once again few words go to waste in her new book, Trinity, a brilliant imagining of how the details omitted from one notorious man’s story might define him more fully than the broad strokes we already know.

Hall uses fictional interviews with seven characters to form a portrait of physicist J. Robert Oppenheimer, father of the atom bomb and director of the Manhattan Project, which created the weapons dropped on Hiroshima and Nagasaki in the closing days of World War II. We learn about “Oppie” through narrators like an FBI agent who once tailed him, a former Princeton secretary he once worked with and his great love Jean Tatlock–figures who translate Hall’s invented expansions of Oppenheimer’s real-life timeline and fill out his humanity. He’s not simply the creator of a weapon–he’s charming, educated and in love. Although Oppenheimer famously declared he carried no weight on his conscience from the detonation of the bombs on Japan, the man we meet in Hall’s novel is a serious person reckoning with his impact over decades.

What might have happened if he had admitted guilt? Hall stops short of moralizing, seeing the arc of Oppenheimer’s career as its own Aesopian gift. As an adviser to the U.S. Atomic Energy Commission, Oppenheimer was quick to argue for nuclear arms control, fearing unfettered proliferation if sanctions were not put into place. Trinity sounds a wake-up call to those who have failed to ease the threat of planetary destruction through a slowness to effect controls on fossil fuels, other environmental dangers and, indeed, nuclear weapons. If they took action, the world would change. Oppenheimer changed course in his own life–and through Hall’s imagined reading of his mind, she shows us that we still can too. 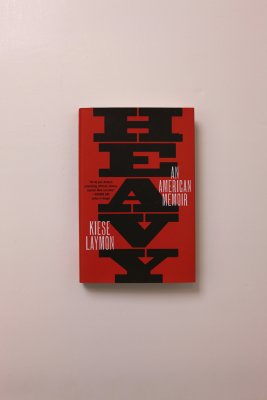 The Bracing Honesty of Kiese Laymon’s Memoir Heavy
Next Up: Editor's Pick