Scary movies, haunted houses and other spooky activities send some people running, while others can’t get enough. But what’s actually going on in the brains of fear-loving folks?

Less than you might think, according to a study recently published in the journal Emotion. After having a voluntary scary experience, the researchers found, people were in better moods and had decreased brain activity overall.

“We think it’s very similar, at least at a physiological and neurological level, to the runner’s high experience, where you’re really pushing yourself and your sympathetic nervous system is in go-mode,” explains study co-author Margee Kerr, a sociologist at the University of Pittsburgh who studies fear. Once you’re out of the scary situation — one where there was never any real threat to begin with — feel-good endorphins course through the body, she says. “It is a reprioritizing of energy, of focus into the body. You’re grounded, not being caught up in thinking.”

For the study, Kerr and her colleagues went straight to the scary source: ScareHouse, an “extreme” haunted house in Pittsburgh. Kerr had been consulting with the haunted house company on its design, using her research to maximize its experience for peak fear. She realized it would make the perfect environment for studying fear and the people who chose to endure it.

The researchers recruited people who had already purchased tickets for ScareHouse, allowing them to study people who voluntarily submit to terrifying activities for social or recreational reasons. In total, 262 people filled out surveys about their mood before and after the experience, and 100 of them wore sensors on their heads that monitored brain activity before and after they went through the haunted house.

“Afterwards, people feel great. It’s kind of like the idea of pain offset: you feel better when pain is removed,” Kerr explains. “A lot of activity in the body is in anticipation, and it’s in that conclusion where the enjoyment really comes in.”

It stands to reason that feelings of anxiety and stress would decrease after a frightening activity, but the researchers also discovered a surprising finding: When the people who wore sensors completed tasks like drawing, counting backward and viewing pictures, they actually had decreased neural reactivity — less total brain activity, essentially — after they emerged from the haunted house, compared to before they went in. This suggests that “being scared interrupts their thinking,” Kerr says.

This isn’t necessarily a bad thing. Decreased brain activity could mean that people were processing information more efficiently, or it could simply suggest that they were in a subdued, “zen” state almost akin to meditation, Kerr says. Considering that quite a few participants said they felt somewhat dazed after the experience, the second explanation seems likely, Kerr says.

The findings of the study may apply to more than haunted houses. Kerr says she hopes to use them in future research about exposure therapy, a practice commonly used in phobia treatment that involves exposing people to things that scare them to gradually reduce fear. By its nature, exposure therapy can be an unpleasant and uncomfortable experience for patients, but Kerr says the current research suggests that starting with a “fun scare” — for those who are open to it — might make more reasonable situations more palatable later on. Therapists could treat someone with social anxiety, for example, by initially exposing them to an outlandish scenario, like a subway car full of zombies, before moving down to a regular train packed with people, she suggests.

Of course, not everyone finds scary situations fun, and Kerr says there’s nothing wrong with that.

“It’s okay if people don’t like to do these things,” she says. “I would hate for people to think, ‘Oh, I have to go do this because it’s going to make me feel good.’ A big part of it is wanting to do it.” 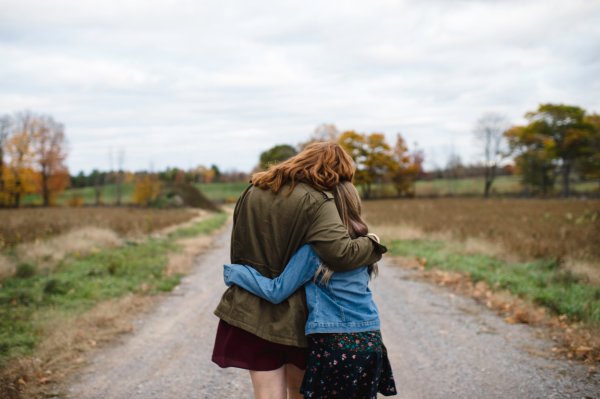 Science Says You Should Embrace Hugging
Next Up: Editor's Pick