On Monday, as is his habit, Democratic Senate Majority Leader Harry Reid took to the floor to warn once again about Charles and David Koch, two billionaire brothers who spend lots of money trying to influence electoral outcomes by supporting conservatives and attacking liberals. “Many Republicans might as well wear Koch insignias,” Reid said, comparing colleagues across the aisle to NASCAR vehicles. “While they don’t wear Koch Industries’ ties and jackets, they display their sponsors proudly through their actions here in the United States Senate.”

In other words, he claimed that campaign donations, even those directed through outside organizations, can buy “actions” on the floor of the United States Senate. To drive home the point, he staff sent out this visual aide over Twitter.

A day later, Freedom Partners Chamber Of Commerce, a trade group that serves as a clearinghouse for the Koch brother’s political network, announced a $1-million buy on two new television ads accusing Democratic Senate candidates—Colorado’s Mark Udall and Iowa’s Bruce Braley—of being wards of their campaign donors from the health insurance industry.

The irony of both charges was lost on everyone. Or at least, no one on either side of this food fight will ever admit to the irony. Reid, after all, is overseeing both directly and indirectly a massive fundraising effort from unions, wealthy liberals and businesses courting his favor to keep the Senate in Democratic hands this fall.

If donations buy results, as he claimed, than he has a lot of paymasters to serve. Las Vegas casinos and employees have given him millions of dollars over the years. Michael Bloomberg just wrote a $2.5 million check to a SuperPAC which he has fundraised for in the past and is now aiding Reid’s efforts to keep control of the Senate. Unions—for teachers, federal employees, air traffic controllers and service workers and others—have given six-figure checks of their own. The television ads all that money pays for, of course, attack other special interests for the money they spend in the same way.

But don’t expect Reid to start changing his wardrobe to match NASCAR drivers anytime soon. Just like the Kochs, who own a bevy of private fossil fuel and manufacturing companies with considerable federal interests, Reid is focused on the other guy, not himself. And he hopes American voters follow his lead.

The result is a marvelous confluence of indignation, myopia and cynicism, all of it built on a shaky foundation: That the American people aren’t really paying enough attention to see the self-contradiction and hypocrisy. In the absence of an educated electorate, politicians and outside groups use special interest money to warn of special interest influence because it works. Polls clearly show the American people feel like Washington is infected with a pay-to-play culture, that prioritizes the interests of donors over constituents.

By the end of this election cycle, chances are Americans will be even more cynical. After all, cynicism is what the special interests are selling these days.

This story has been corrected to reflect the $1 million ad buy by Freedom Partners Chamber of Commerce. The original story incorrectly listed the amount as $6 million. 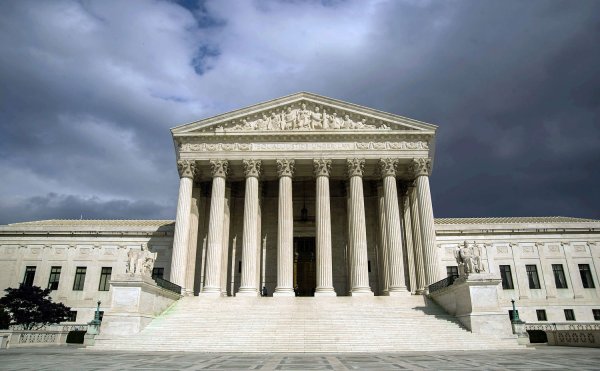