'I Was Wrong and I Am Sorry.' Megyn Kelly Just Addressed Her Blackface Comments

Megyn Kelly opened her show on Wednesday by apologizing to the public for saying she doesn’t understand why blackface Halloween costumes are racist.

“I want to begin with two words, I’m sorry,” she said. “I defended the idea, saying as long as it was respectful and part of a Halloween costume, it seemed O.K. Well I was wrong, and I am sorry.”

“I learned given the history of blackface being used in awful ways by racists in this country, it is not OK for that to be part of any costume, Halloween or otherwise.”

She continued: I have never been a P.C. kind of person, but I do understand the value in being sensitive to our history particularly on race and ethnicity,” she said.

What did Megyn Kelly say about blackface?

During a roundtable discussion about offensive Halloween costumes on Tuesday’s Megyn Kelly Today, she said:

She had defended Real Housewives of New York star Luann de Lesseps for appearing to darken her skin when she dressed up a Diana Ross in 2017. “She dressed as Diana Ross and she made her skin look darker than it really is,” Kelly said. “People said that was racist! And I don’t know, like, I thought, like, ‘Who doesn’t love Diana Ross?’ She wants to look like Diana Ross for one day. I don’t know how that got racist on Halloween.”

After her comments drew significant online criticism from celebrities like W. Kamau Bell, Padma Lakshmi, and Patton Oswalt, she apologized to her NBC colleagues in an e-mail on Tuesday writing, “I realize now that such behavior is indeed wrong, and I am sorry. The history of blackface in our culture is abhorrent; the wounds too deep.”

This is not the first time Kelly has drawn criticism about racial issues surrounding a holiday. Kelly sparked for claiming that both Santa Claus and Jesus Christ were verifiably white on The Kelly File in 2013.

Some of Kelly’s Today Show colleagues strongly criticized her comments.

Al Roker said Kelly’s email to colleagues did not go far enough. “She owes a bigger apology to folks of color around the country because this is a history, going bak to the 1830s, minstrel hows, to demean and denigrate a race wasn’t right,” he said on Wednesday before Kelly’s show.

Craig Melvin addressed those who defended her remarks online. “There was some criticism yesterday online that this was political correctness run amuck. That’s silly and it’s disingenuous, and it’s just as just as ignorant and racism as the statement,” he said.

Jenna Bush Hager, who also participated in Tuesday’s discussion, said: “I just have to say, of course it’s wrong and in a world that is sometimes filled with hate I think it’s more important than ever that we use our voices towards love.” 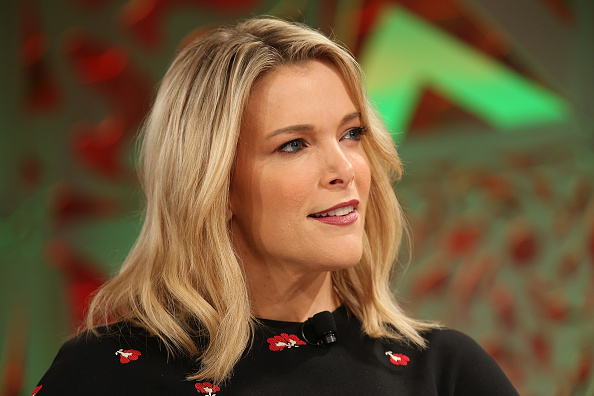 Celebrities Slam Megyn Kelly for Saying She Doesn't Understand Why Blackface Halloween Costumes Are Offensive
Next Up: Editor's Pick